Saga Home Alone
Movie Home Alone 2: Lost In New York Chris Columbus (1992)
Kevin meets the pigeon lady, a touching homeless woman covered in birds, at the foot of Gapstow Bridge. At first scared, then he became friends with her.

After staying at the Plaza, Kevin (Macaulay Culkin) goes at night to his Uncle Rob and Aunt Georgette’s house but no one is there. He discovers an empty house that’s under construction.

He then wanders the streets, gets scared, gets into a taxi but shouts after seeing the driver. He runs away and ends up in Central Park.

To give himself courage, he then takes a cake out of his bag and starts to eat it. Several pigeons are approaching him. Gently, he gives them some of it.

A head appears, that of the pigeon lady, a homeless woman who has taken up residence near Gapstow Bridge, a famous bridge in the park. Kevin’s screaming and running away, but his leg is stuck in a tree root. The old woman is helping him out of this trap. Kevin apologizes for yelling so loudly and thanks her. This is the beginning of a beautiful friendship between the little boy and the pigeon lady.

That was the year Brenda Fricker received an Oscar for her role as Mrs. Brown in My Left Foot, a first for an Irish actress. 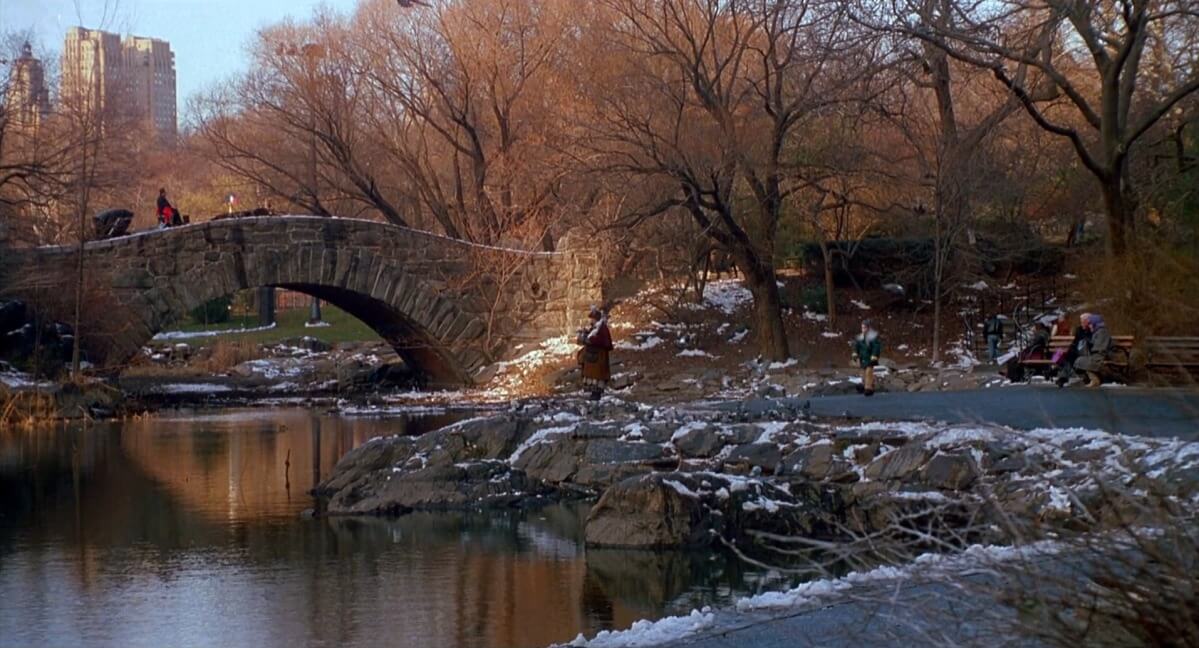 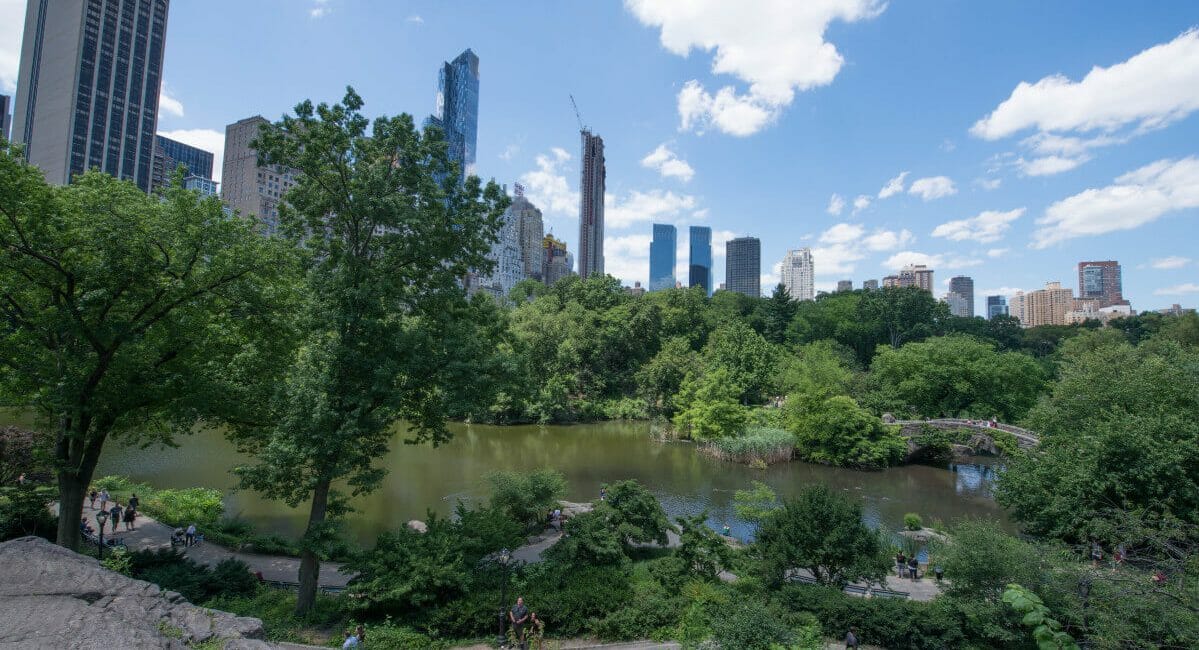 Built in 1896, Gapstow Bridge is a beautiful bridge in Central Park.

Spanning the Central Park Pond, Gapstow Bridge is a 23-meter long bridge used only by pedestrians. Its structure is made of shale.

Built in 1896 according to the plans of architects Howard and Caudwell, it is located not far from Grand Army Plaza on 5th Avenue.

Need to protect your home from the bad guys? Take a cue from Kevin McCallister with the framed replica of his famous battle plan inside his house in Mommy Missed the Plane.

Discover all the places Home Alone on our map