Movie King Kong Merian C. Cooper and Ernest B. Schoedsack (1933)
King Kong climbing the Empire State Building in front of passers-by, while in the distance approach planes is undoubtedly the most mythical association between a building and a character from pop culture. An episode in the history of the Big Apple, even if it's all fiction...

At the dawn of the 20th century, much of the planet remained stale. The creatures that can be found there inspire the public as well as the first filmmakers who are committed to exploiting this fascination.

Preceded by the documentaries of the Lumière brothers and by works such as those of Georges Méliès or films Tarzan of the Apes and The Lost World, King Kong clearly played on the public interest in great apes, at a time when great apes were still rare in zoos.

Merian C. Cooper himself had been passionate about these animals since he read the stories of the French-American explorer Paul Du Chaillu as a child.

Based on a screenplay partly developed by the writer Edgar Wallace, King Kong went into production under the direction of Merian C. Cooper and Ernest B. Schoedsack.

The two men are filming simultaneously with the same team, the film The Most Dangerous Game, at night, while the day is dedicated to King Kong. Four gorillas are built, as well as a model of the top of the Empire State Building for the final sequence in which King Kong fights planes after taking his beautiful to the top of the building.

Only two versions of these dummy gorillas were saved. One was also acquired by Bob Burns and Peter Jackson, when he made his own remake in 2005 and the other was sold at auction in London in 2009. 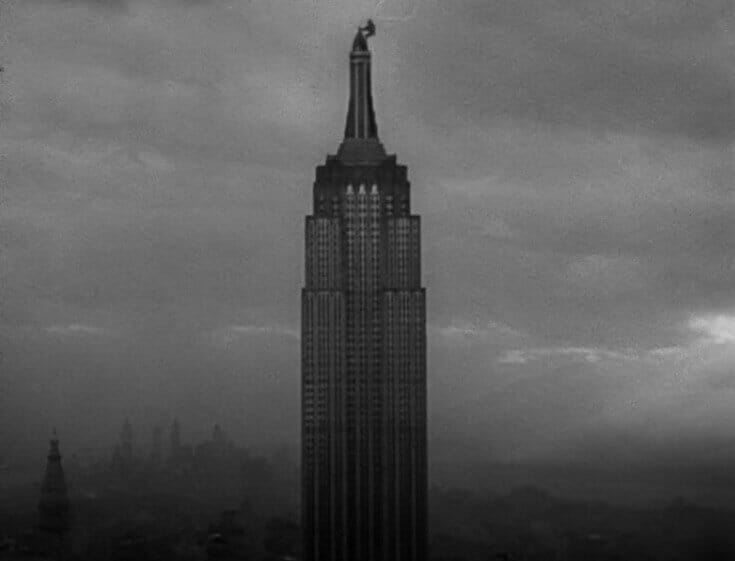 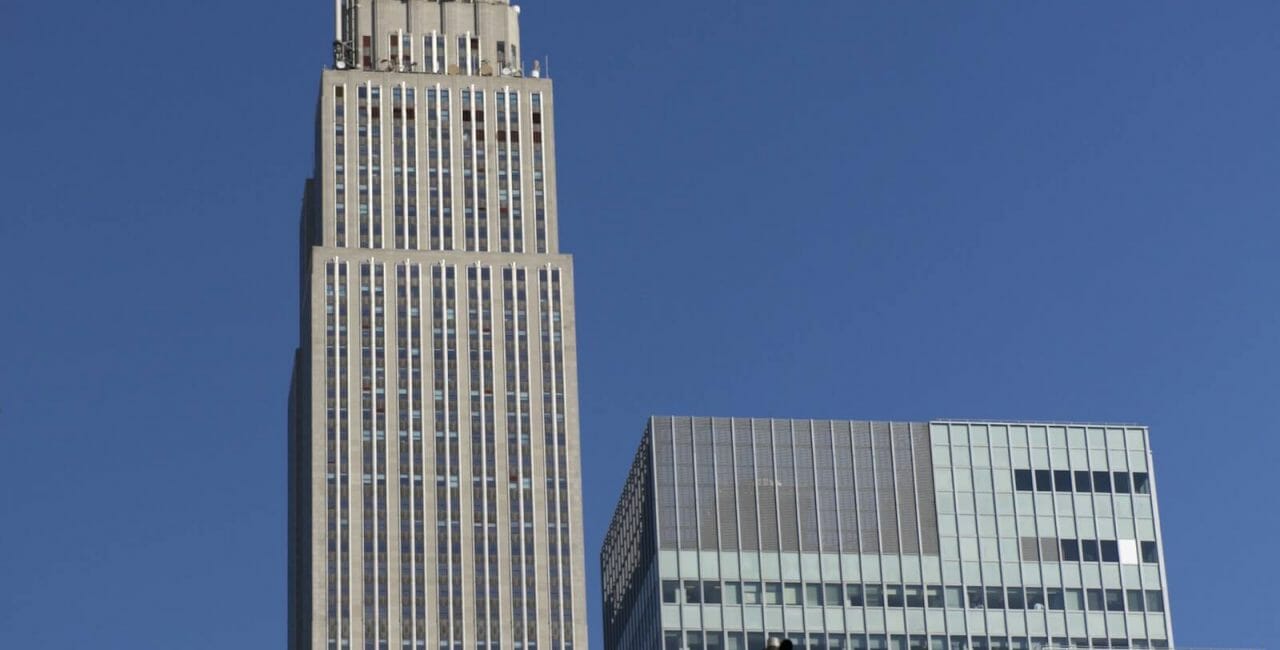 A huge success, King Kong forever marked New York and the Empire State Building, even though the giant gorilla and skyscraper never met.

Today, he pays tribute every day to a specific cause by changing the colors of the lighting of his top floors. At the top of the Empire State Building, where Tom Hanks once met Meg Ryan in Sleepless in Seattle, it’s possible to to tosse New York, before offering a King Kong souvenir, not forgetting to stop at the 80th floor observatory refurbished in 2019.

On the course, we find the beast during the mythical scene but also other great works that have put the place in the spotlight. More than a monument, an institution… A movie star!

This is the auction price in 2009 of the King Kong metal frame that was used for this mythical scene. 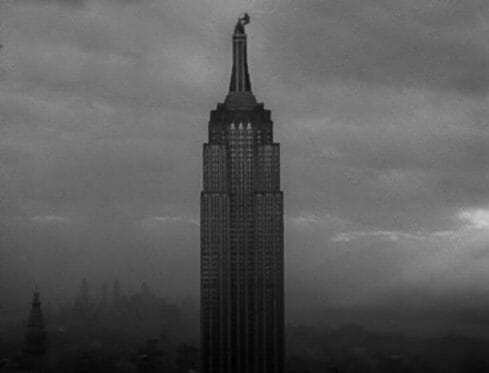 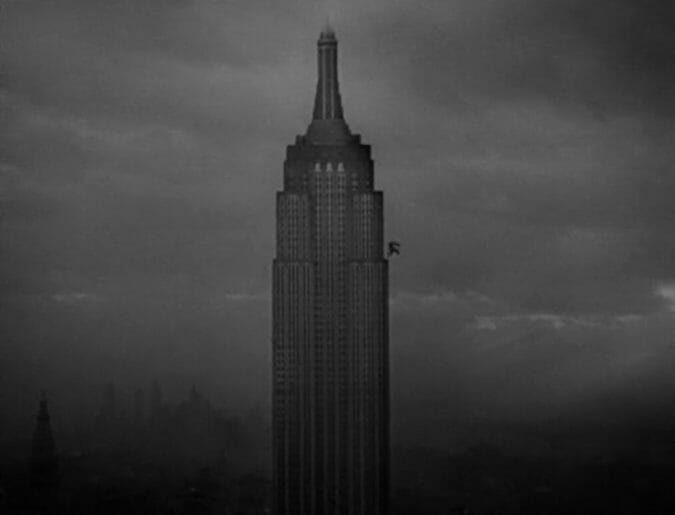 One of his works stands out in particular and has left its mark on generations of film lovers: the film King Kong (1933). The mythical Art Deco building, inaugurated in 1931, is one of the most famous buildings in the world.

Its name comes from “The Empire State”, the nickname of the state of New York.

The lobby of the Empire State Building reflects the image of the building: huge! It is the equivalent of three storeys high and is richly decorated in marble with an aluminium relief representing the silhouette of the monument. Its 86th floor observatory offers a breathtaking view of the metropolis.

If you visit during the day, please keep your ticket in your pocket, as it will allow you to go back up for free in the evening to admire the city in a different light.

Every evening, it lights up in different colours to celebrate a special event.

Discover all the places King Kong on our map