Saga Jurassic Park
Movie Jurassic Park Steven Spielberg (1993)
Professor Alan Grant (Sam Neill), accompanied by Tim (Joseph Mazzello) and his sister Lex (Ariana Murphy) reach the edge of the park. They must then cross an imposing electrified fence before the power is restored. Fence erected by Steven Spielberg's teams in the Olokele Valley in Hawaii.

The filming of Jurassic Park begins in Hawaii where the production operates several sites on the islands of Kaua’i and Oahu. In Kaua’i where the main places are found. The opportunity for craftsmen decorators to build multiple infrastructures for the most part imposing. In Olokele Valley, Steven Spielberg sets up a section of electrified fence to shoot the scene in which Alan Grant (Sam Neill) and the children attempt to escape before Ellie Sattler (Laura Dern) manages to restore power to the park.

At the time, digital technology did not allow for permanent green screen shooting. Only a few dinosaurs are created on computer, while all or almost all the sets are perfectly authentic. For the purposes of the fence scene, Steven Spielberg commissioned the construction of a real fence, of which nothing remains today on the Olokele Valley side, unlike the large gate in Jurassic Park, of which two concrete posts remain.

As he begins work on Jurassic Park, Steven Spielberg wants Sam Neill to play Professor Alan Grant. Unfortunately, the latter is not available. The director then met Richard Dreyfuss and Kurt Russell but the two actors proved to be too greedy. Harrison Ford and William Hurt politely refuse the proposal. Finally, Steven Spielberg decided to postpone the shooting of the film by one month in order to allow Sam Neill to play the most famous paleontologist of American cinema.

Jurassic Park was the highest grossing movie of all time until 2009. 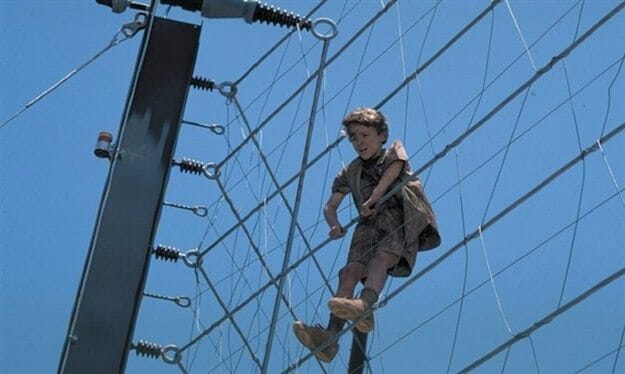 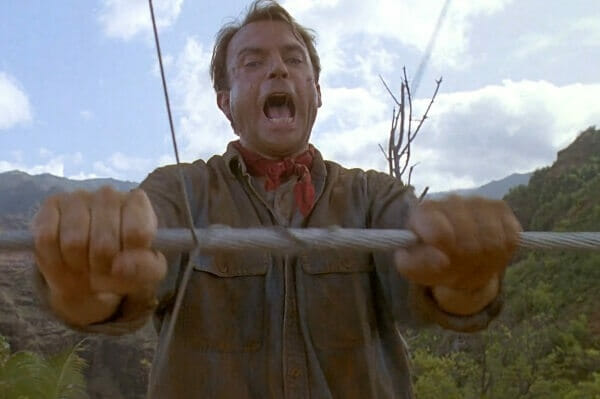 This verdant valley is located a few kilometers south of Waimea, on the island of Kaua’i in Hawaii.

The Olokele Valley is revealed to its visitors south of Kaua’i, one of the most popular islands in the Hawaiian archipelago. It is adjacent to Waimea Bay, where many surfers come to master the impressive waves. It is also one of... Learn more about Olokele