Comics Gaston Tome 0 - Les Archives des La Gaffe André Franquin (2018)
Gaston Lagaffe is an employee of the Journal de Spirou, his main task is to sort the readers' mail, which he avoids doing as much as possible in the albums of the series.

Appearing for the first time in a plate on the editorial staff of the Journal de Spirou on February 28, 1957 in the eponymous magazine, Gaston Lagaffe is the first hero without a job. Fantasio and Spirou will try to understand why this thin man is in the editorial office and what is his role. He was soon employed by the newspaper to sort the readers’ mail.

Gaston spends much of his working time avoiding work. He triggers numerous blunders preventing, in spite of himself, the signing of important contracts with Mr. Mesmaeker.

Although Gaston makes many blunders, sometimes very serious, he is only fired once when Mr. Dupuis, the director, comes face to face with Gaston’s cow in the offices of Spirou. He was soon rehired thanks to the support of the newspaper’s readers.

At the beginning under the responsibility of Fantasio, Gaston changes of leader for Leon Prunelle, obliged him also to undergo the stupidities of this nonchalant hero of the comic strip.

The interior of the fictitious editorial office that Gaston frequents resembles the original one located in the Galerie du Centre in Brussels. On the other hand, as soon as André Franquin decides to add an urban environment, he places his premises in a typical Parisian street.

André Franquin realized 909 gags of Gaston Lagaffe. The last one was published on June 26, 1991.

In 1957, André Franquin had the idea of creating a comic strip character with no qualities, stupid, not strong and ugly. He presented his project to the editor of the Journal de Spirou at the time: Yvan Delporte. He finds it excellent. This is how Gaston Lagaffe was born, first thought to be a simple animation of the week, before becoming the hero of his own series.

Yvan Delporte finds the name of Gaston with one of his blundering friends, a certain Gaston Mostraet. André Franquin later had family problems because he forgot that his father-in-law had the same name. 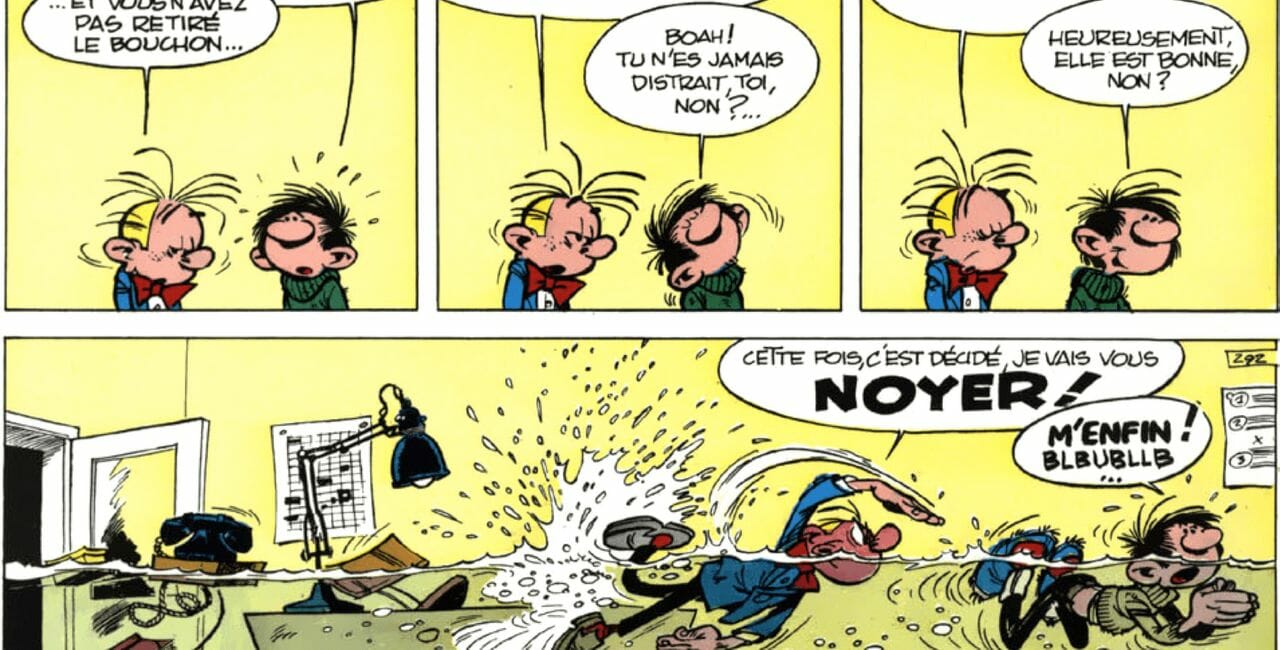 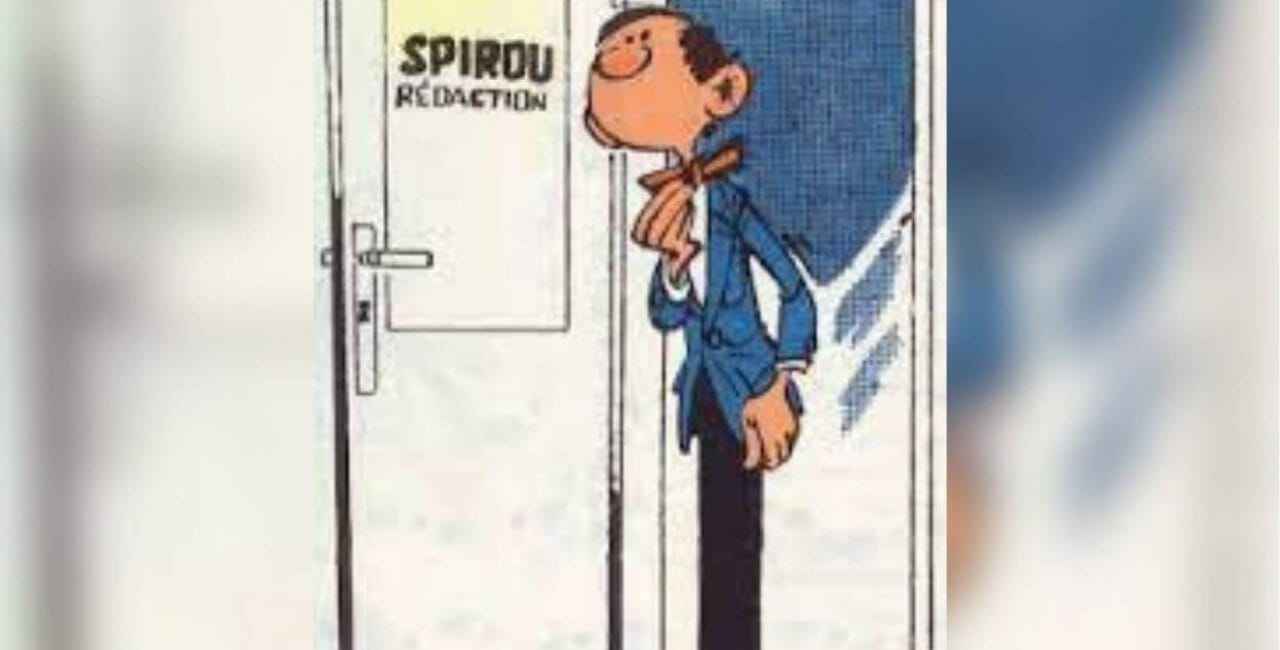 The Galerie du Centre is a shopping mall located in the heart of Brussels.

Built in 1951 and 1952 in place of the old Coliseum cinema, the Galerie du Centre is the work of architect Jean-Florian Collin. With its entrance made of Norwegian quartz, the gallery houses shops, offices and apartments.

Shortly after its construction in the 1950s, the Journal de Spirou editorial office and the World Press company moved in.

This brand new edition of the Gaston Lagaffe collection integrates all the plates made by André Franquin, some of them never published before. Each one of them has been meticulously remastered according to the original line, and delightfully recolored as close as possible to the author’s wishes.