Saga Batman
Movie The Dark Knight Rises Christopher Nolan (2012)
The people of Gotham are panicking after the announcement that a hidden bomb could destroy the city. The army mobilized to prevent the population from leaving the metropolis by blocking the Queensboro Bridge.

Panic is taking hold of the population. A bomb is hidden on the island, which can reduce Gotham to ashes. To prevent people from getting out, in accordance with orders from Ra’s al Ghul (Liam Neeson) and his clumps, the army, then the police, blocked the bridges, including the Queensboro Bridge. 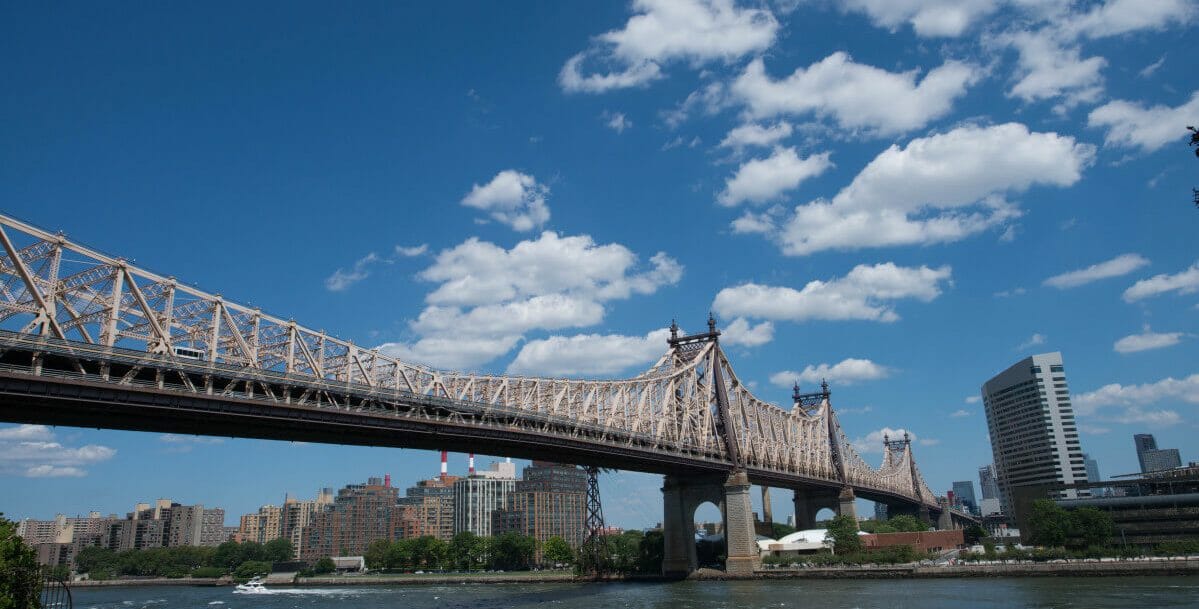 Young policeman John Blake (Joseph Gordon-Levitt) tries to get a few young people out of town to safety, but he is quickly put on the face and then blocked by his colleagues.

They do not hesitate to blow up part of the bridge. Thus, they prevent any person from escaping from the island, condemning them all to death.

When he takes the bomb and detonates it off, Batman (Christian Bale) also flies over the bridge, under the astonished gaze of law enforcement and passers-by.

The Queensboro Bridge is one of the bridges linking Manhattan to the mainland and in particular to one of its flagship boroughs, Queens.

Begun in 1903, one of the bays collapsed during a storm, numerous strikes slowed down the construction site, an attempt at sabotage by extremist trade unionists with dynamite nearly caused several months of delays and finally it cost the lives of 50 workers.

In 2011, the bridge was officially renamed the Ed Koch Queensboro Bridge in honor of the city’s former mayor from 1978 to 1989, Ed Koch, although many residents continue to call it by its former name.

Sculpted by Rocco Tartamella and designed by Shawn Knapp, the beautiful Bane figurine from the Diamond Select collection is a must-have in a Batman collection. At a height of 27cm, its finish is extremely fine.