TV show The Office (US) (2005)
The Dunder Mifflin paper company, headed by the whimsical Michael Scott (Steve Carell), is based in Scranton, Pennsylvania. In reality, however, the offices and warehouse of this fictitious company are located in California, far from the coldness of the East Coast...

Known to have seen the birth of the forty-sixth president of the United States, Joe Biden, Scranton is chosen by the showrunner Greg Daniels, the man in charge of the American version of The Office, because of its industrial past. With no emblematic monuments, except the courthouse, visible in the credits of the series, Scranton is a city without history, typical of the state in which it is located. The perfect setting for the colourful adventures of a team of paper salesmen in distress.

Drink your hot beverage from the iconic mug of Michael Scott, the genius manager of Dunder Mifflin’s Scranton branch!

If the technicians carry out several shots in the city, no actor has ever made the trip there within the framework of the series. In an effort to centralize production in Los Angeles, Greg Daniels chose to work from the Chandler Valley Center studios in Panorama City. It was here that he found the perfect building to house Dunder Mifflin’s headquarters. The front of the studio is also used, as well as the parking lot, where many scenes are shot.

Steve Carrel left the series during the seventh season. 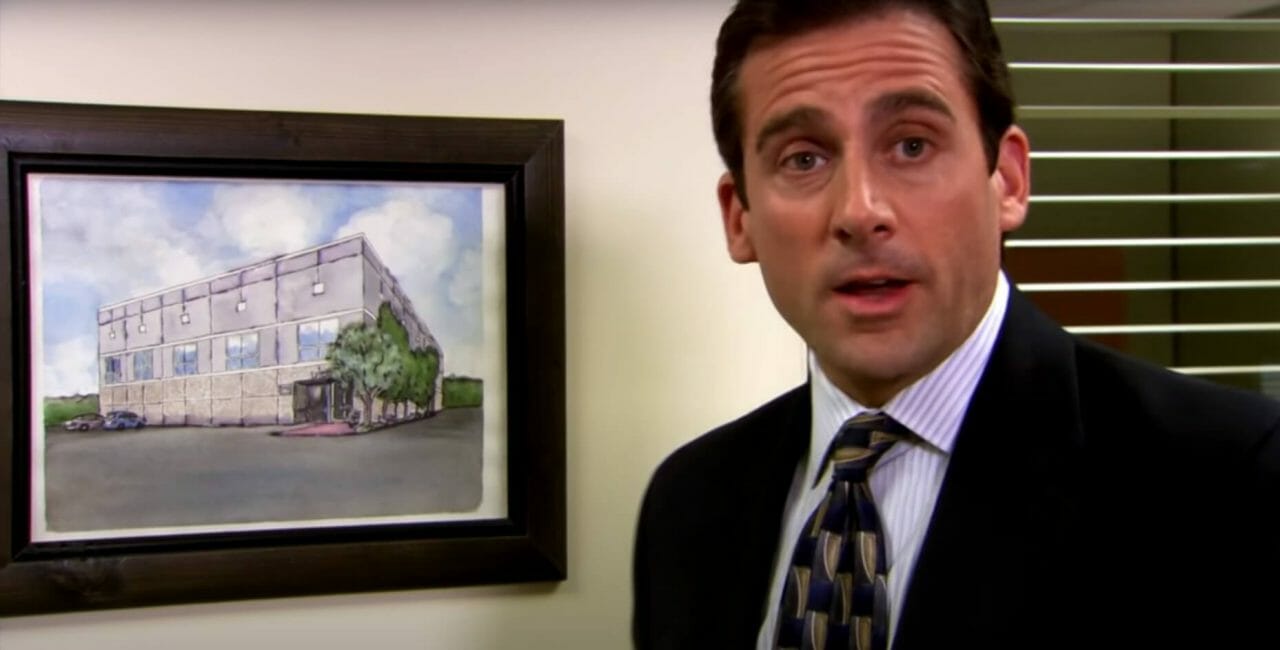 While the Dunder Mifflin Paper Company’s headquarters is supposed to be in Scranton, Pennsylvania, the building as it appears in The Office series is part of the Chandler Valley Center studios.

Conveniently located just minutes from Universal, CBS, Warner Bros, Disney and CBS Studios, the Chandler Valley Center consists of two complexes of 1672 and 1858 m2. It hosts commercials, television shows, series and feature films. If it remains most popular for having been the setting of the American version of The Office for nine years, it has also been used by films such as The Intruder, with John Travolta, and Panic on Florida Beach, by Joe Dante. Panorama City, the Los Angeles neighborhood in which it is located, is part of the San Fernando Valley. 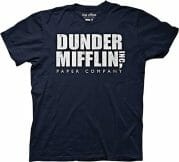 Dress in the colors of the famous Dunder Mifflin paper company. This official The Office apparel is available in several sizes and colors.

Discover all the places The Office (US) on our map