Movie Jurassic Park Steven Spielberg (1993)
This is where the adventure begins! The monumental gates of Jurassic Park, the theme park created by billionaire John Hammond (Richard Attenborough), open to the first visitors. A construction of which only vestiges remain today, at the foot of Mount Wai'ale in Hawaii.

The shooting of Jurassic Park begins on August 24, 1992 on the island of Kaia’i in Hawaii. Known for its jagged cliffs, this magnificent piece of land was chosen by Steven Spielberg’s team because of its great variety of landscapes and is therefore the heart of Jurassic Park, this zoo of another kind populated by authentic dinosaurs.

The designers chose to install the Jurassic Park gate on a dirt road more than 12 km from Wailua, on Kuamo’o Road. Day after day, the craftsmen are busy making sure that the site is ready for the arrival of the cameras. Once the filming in Hawaii was completed, after a storm forced Steven Spielberg to cut short his stay to finish the exterior scenes at Warner Studios in Burbank, the doors were dismantled. However, two pillars have been preserved and it is still possible to admire them today. The remains of one of the most famous movie sets in the world. A decor since duplicated for the needs of the attractions Jurassic Park and Jurassic World of Universal parks.

Already busy on Schindler’s List while Jurassic Park is not yet finished, Steven Spielberg chose to call on one of his best friends to supervise part of the post-production. It is indeed George Lucas, the creator of Star Wars that the director called because of his expertise on special effects. George Lucas had the right to specific thanks in the end credits. 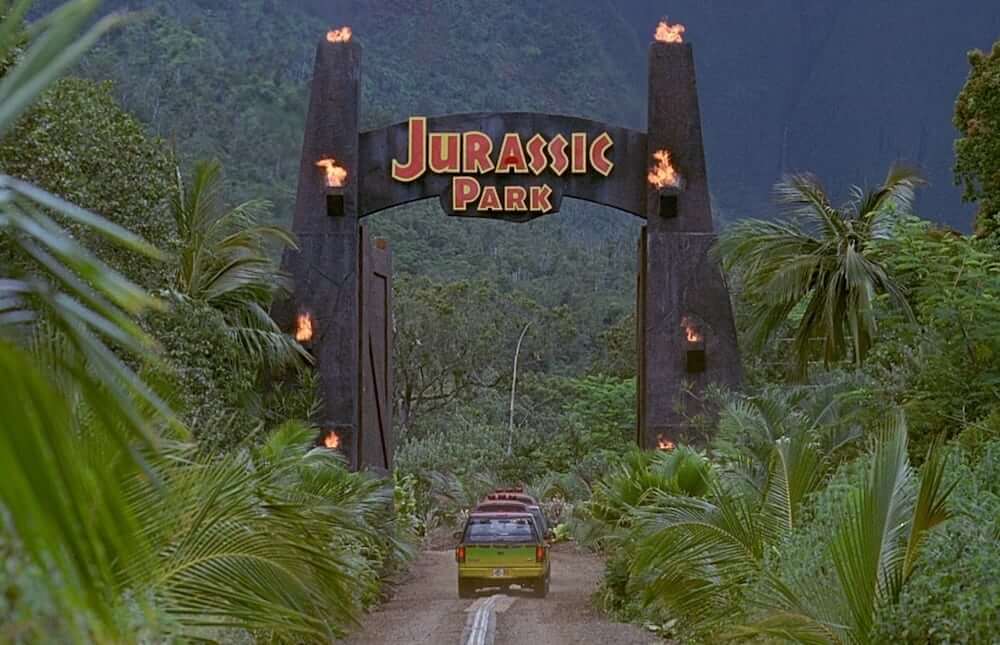 Accessible after a hike of several kilometers, in the heart of Kaua’i, this site is one of the wildest in the Hawaiian archipelago.

Second highest peak in Kauai’i, Mount Waialeale rises to 1569 meters above sea level. It is also considered one of the wettest places in the world due to the high rainfall. Planted in the middle o... Learn more about Waialeale