Yet it is in this newspaper that Peter Parker (Tobey Maguire) sells pictures of his alter ego, more out of necessity than conviction. He is regularly the target of taunts from his superior even if, deep down, he likes him very much.

He proves this on rare occasions, such as when the Green Goblin (Willem Dafoe) suddenly appears in Jameson’s office to find out the identity of the photographer and the photographer denies knowing who it is.

Even when Peter competes with Eddie Brock (Topher Grace) in the third installment, Jameson secretly hopes that Peter will win the duel for work at the newspaper.

While sam Raimi chose the legendary Flatiron Building as the headquarters of the Daily Bugle, the comic book building is not easily identifiable but is a constant in the weaving world.

That’s the dollar fare Peter sells his photos to Jameson. First a lot, then only one. A nice increase. 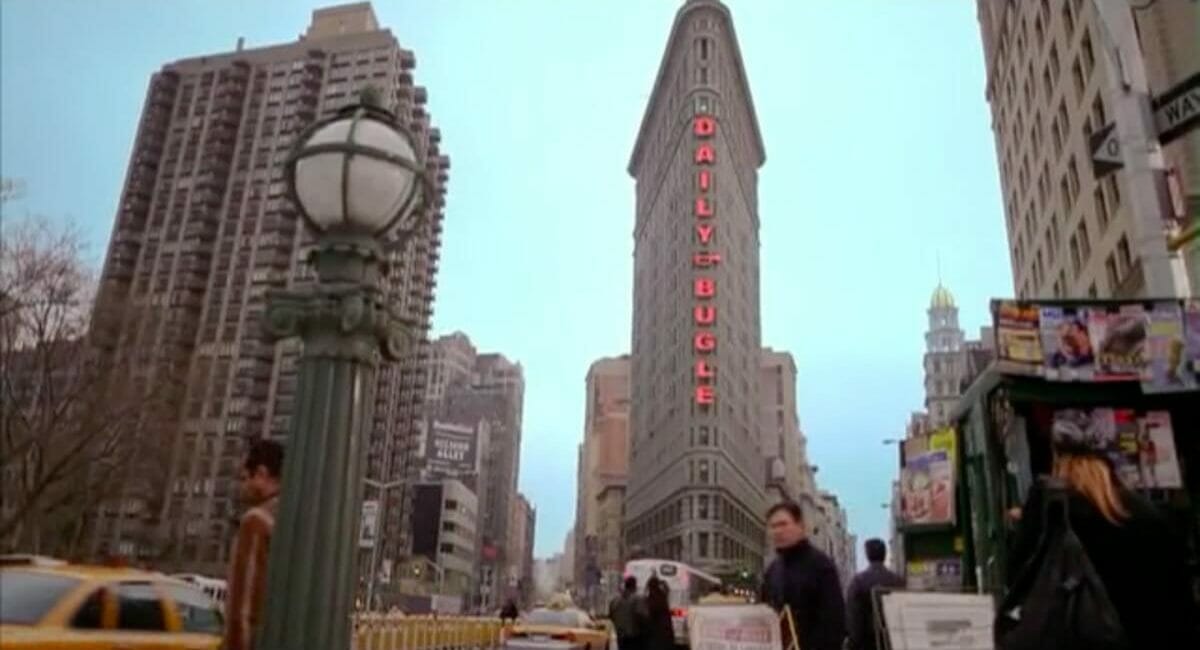 outside the offices of the Daily Bugle, a New York tabloid

More than a century after its construction, the Flatiron Building is still at the cutting edge. Its original shape and Renaissance style make it one of the most easily identifiable buildings in New York.

His original name soon gave way to his nickname. The Fuller Building thus became the Flatiron. Its iron shape logically led New Yorkers to call it that and no one was offended. Its triangular footprint is defined by the intersection between 5th Avenue and Broadway, the only avenue that does not respect the alignment of the city’s checkered plan.

Designed by architect Daniel Burnham, the Flatiron was built in two years and was operational in 1902. Subject to controversy, described in turn as “magnificent”, “marvelous”, but also “bizarre”, this atypical building was even in its time the subject of virulent criticism. The sculptor William Ordway Partridge was one of the most virulent critics. The Flatiron was for him an “unsightly” construction and a real “insult to art”. However, time has taken its toll on the reputation of the building, which has long since been adopted by New Yorkers and tourists alike.

Rising to 87 m, it has 22 floors and was one of the first buildings to be built on a metal frame. In 1922, it was one of the tallest buildings in Manhattan. Revolutionary in many ways, it is considered one of the oldest skyscrapers in the city and thus gave its name to the neighborhood, naturally establishing itself as its most popular center of attraction. Its stature has also allowed it to occupy a prominent place in pop culture, from Usual Suspect to Spider-Man, Grand Theft Auto IV and Chinatown Wars, where its name was changed to Triangle Building.

The Flatiron? It’s quite a story and we have to admit that without it, New York wouldn’t really be the same… 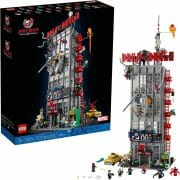 Notice to all Spider-Man fans! Here is the ultimate collectible lego representing the Daily Bugle. Rich in detail, this 3,772 piece adult build is a perfect tribute to the cool little spider in the neighborhood.