The scales, the sword and the ants: 23 magistrates, 48 clerks, 3 registry directors… and 3,5862 pending cases, such is the full title of the album by Xavier Bétaucourt and Jean-Luc Loyer. This story highlights the backstage of a court in a medium-sized provincial town. For this, the designer did not look very far, he went with his scriptwriter to the court of Angoulême. After attending classes at the city’s fine arts school, the artist settled there and even co-founded the Sanzot studio and then the Atelier du Marquis. Two places of creation where he rubs shoulders with other comic strip authors, illustrators or colorists.

At the time the two men were visiting and compiling testimonials, there were indeed 35862 files pending. So they are finding that the staff is overwhelmed because there are not enough of them. The lack of human, financial and material resources is blatantly obvious. We are far from the Parisian media affairs. 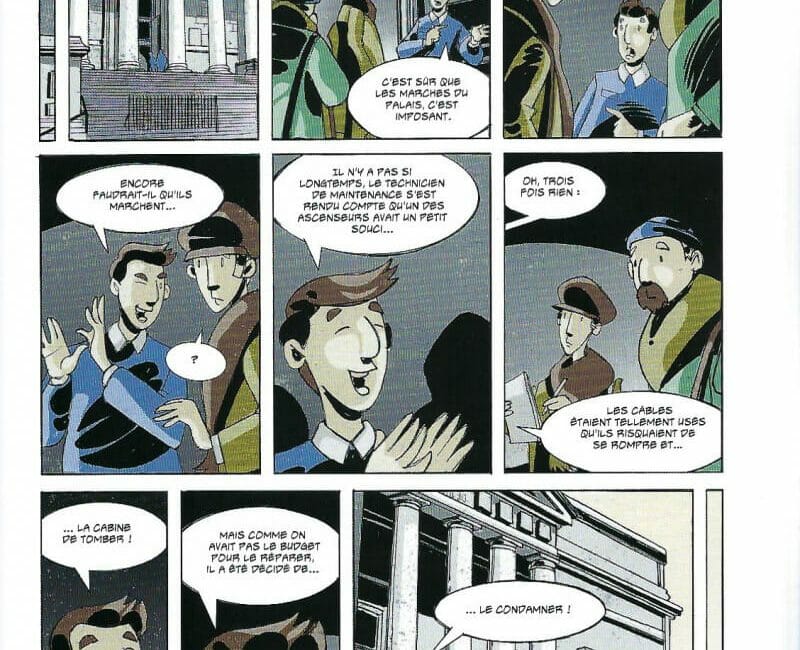 Built in 1826 on the site of the former Jacobin convent, the Angoulême courthouse is recognizable by its imposing columns.

The courthouse project was entrusted to the architect Paul Abadie. In neo-classical style, this building dominates Place Francis Louvel. All that remains of the Jacobin convent today is the garden, now transformed in... Learn more about Angoulême Courthouse