Saga John Wick
Movie John Wick (2014)
At the crossroads of three streets, the 1 Wall Street Court, or Beaver Building, evokes the famous Flatiron Building by its triangular shape. The building once housed the New York Cocoa Exchange, which in the John Wick saga was transformed into a refuge hotel for hitmen...

It is on the famous Black List, where the best scripts not produced by Hollywood are gathered, that Chad Stahelski and his partner David Leitch found the script of John Wick. The first, a famous stuntman known for having doubled Brandon Lee following his tragic death on the set of The Crow, took advantage of this opportunity to move into directing. Although his name is not credited, David Leitch, another stuntman noted in Fight Club and Buffy the Vampire Slayer series, assisted him.

A duo is thus at the helm of a ruthless revenge story strongly influenced by The Good, the Bad and the Ugly, The Killer and The Red Circle, carried by a Keanu Reeves at the time at the bottom of the wave. The actor had just suffered the successive failures of Man of Tai Chi and 47 Ronin. Between the three protagonists, the current passes quickly, in particular thanks to their meeting in the past on the shooting of Matrix, where Stahelski and Leitch doubled the star. Determined to invest himself completely, limiting the use of an understudy as much as possible, exploiting his martial skills, Reeves throws himself into the project.

On screen, his John Wick, a man determined to get revenge on his dog’s killers, is a sparkler. Including when he walks through the doors of the Continental, a hotel that hosts killers, where it is forbidden to spill blood. A sort of sanctuary that the filmmakers chose to locate at 1 Wall Street Court, where cocoa prices were once traded in Manhattan. A building with a daring architecture that now houses a restaurant of the Haru Sushi franchise, in which the interior scenes were not filmed. The directors preferred the Cunard Building at 25 Broadway.

Later, on the occasion of John Wick Parabellum, the production also operated the Williamsburgh Savings Bank premises, to showcase new parts of the Continental. Also filmed in Long Island, Brooklyn and St. Louis. Francis Xavier Church’s John Wick was a bona fide success, raking in over $88,760,000 worldwide in theaters. It’s enough to give birth to a saga and allow Keanu Reeves to establish himself as a real action star once again. Even if it means constantly pushing its limits, episode after episode. The videos in which he can be seen training to shoot and move with weapons of war unite millions of fans on the Internet. The actor has totally appropriated this character that the scriptwriter, Derek Kolstad, had initially written thinking of someone about 65 years old, in the genre of Paul Newman….

Keanu Reeves trained with weapons for four months at a rate of eight hours a day. 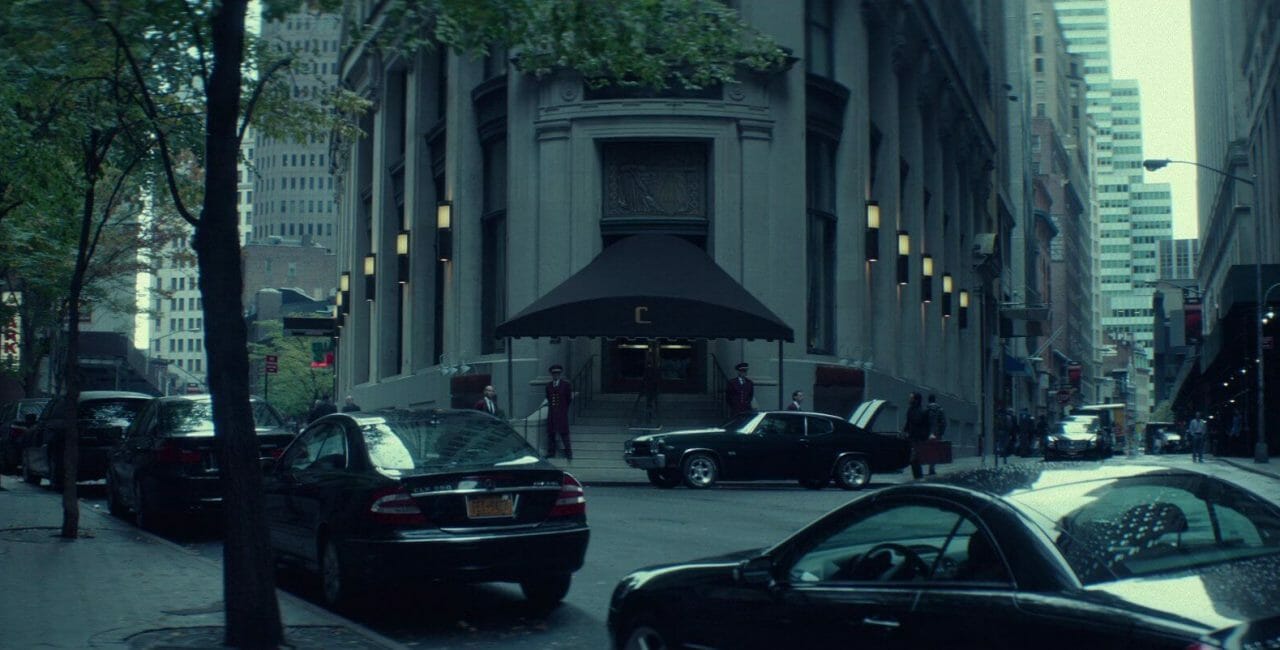 Discover all the places John Wick on our map