Saga Jurassic Park
Movie Jurassic Park III Joe Johnston (2001)
Forced to give lectures to indifferent audiences to raise funds to continue his research, Professor Alan Grant (Sam Neill) performs in an auditorium. A building located in the heart of the Occidental College campus.

Absent from the second installment, just like Laura Dern, Sam Neill agrees to return for the third episode of the Jurassic Park saga. He finds for the occasion, the time of a brief scene, his partner, before returning to the island of dinosaurs where a perilous mission awaits him. If the scene in which he gives his lecture at Thorne Hall did not represent any particular difficulty for director Joe Johnson, the shooting of the feature film as a whole was riddled with accidents. These setbacks were aggravated by a scenario that was still unfinished at the time of the first turn of the crank.

If Jurassic Park 3 does mark the return to business of Sam Neill and more discreetly, of Laura Dern, it also marks the departure of Steven Spielberg, credited here as producer, and of composer John Williams, replaced by Don Davis. The latter having on the other hand exploited the legendary theme of his elder to create his scores. 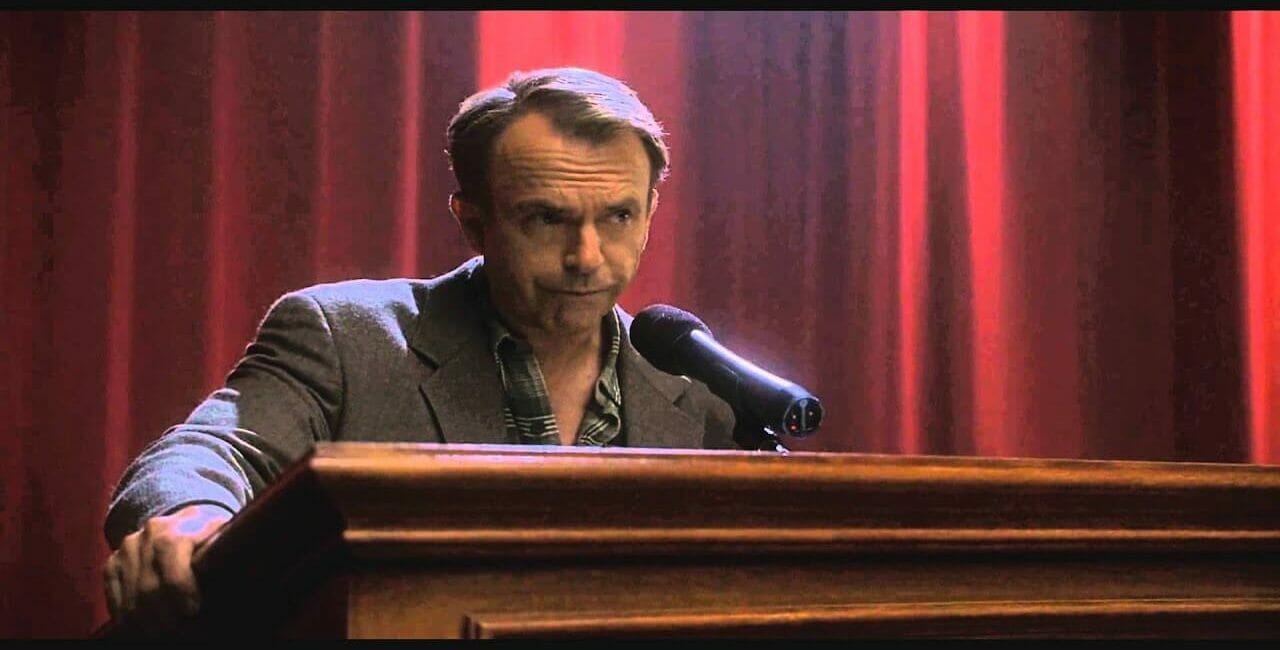 Thorne Hall is the main theater at Occidental College in suburban Los Angeles. It is located equidistant from Glendale and Pasadena.

Recognizable thanks to its imposing columns, Thorne Hall hosts conferences and performances throughout the year. One of Occidental College’s most notable landmarks, it stands in the middle of campus. I... Learn more about Thorne Hall