Music La Bicicleta Shakira and Carlos Vives (clip - 2016)
In the video La Bicicleta, Shakira returns to the places of her childhood, including the school where she grew up and began to invest in the education of the poor.

In 2016, the video for the song La Bicicleta was released, in which Shakira and Carlos Vives travel through Colombia, their native country, from Santa Marta to La Arenosa through Barranquilla or Tayrona Park. These are the cities where they grew up, Santa Marta for him and Barranquilla for her. The world superstar was born and lived all his teenage years in this city in northern Colombia. A return to her roots that she evokes with pleasure in the lyrics and in the video of the song.

In addition to the beach, the Pumarejo Bridge and the streets of Barranquilla, Shakira walks the halls of her former school, the Colegio Compañía de María La Enseñanza, where she was invited to attend the education given by the nuns.

When his father was struggling to pay for school, this early fan of the Colombian artist kept telling the administration, “Don’t worry about money. She’s going to be famous. I’ll pay.” And that premonition exceeded all expectations.

In addition to her special attachment to these places, where the singer even took her children and her husband, the footballer Gerard Piqué, for a little visit, the star is particularly grateful for the education she received there.

The sisters asked her and the other students to teach reading and writing to poor children, especially those in La Playa, one of the most feared neighborhoods in the city. This generosity led him a few years later to fight poverty through education.

And since 1997, Shakira has built several free schools through her Pies Descalzos foundation to give underprivileged children the same opportunity to succeed as others. Education has become a top priority for the Colombian.

Nearly 1.5 billion views on YouTube, ranked 95th on the Billboard Hot 100, number 1 in sales in Latin America, La Bicicleta is still an undeniable hit today. Awarded Video of the Year at the Premio lo Nuestro in 2017, the piece has been very well received by critics. Carlos Vives and Shakira enjoyed shooting this clip. The first told Fox News Latino in 2016 that“The work was intense but also delightful. Both for Shaki and for me, being back in our territory, plus the emotional load that this had for us, it was wonderful.”.

Shakira knew she wanted to be an artist at the age of 4, when she wrote her first poem, La rosa de cristal. 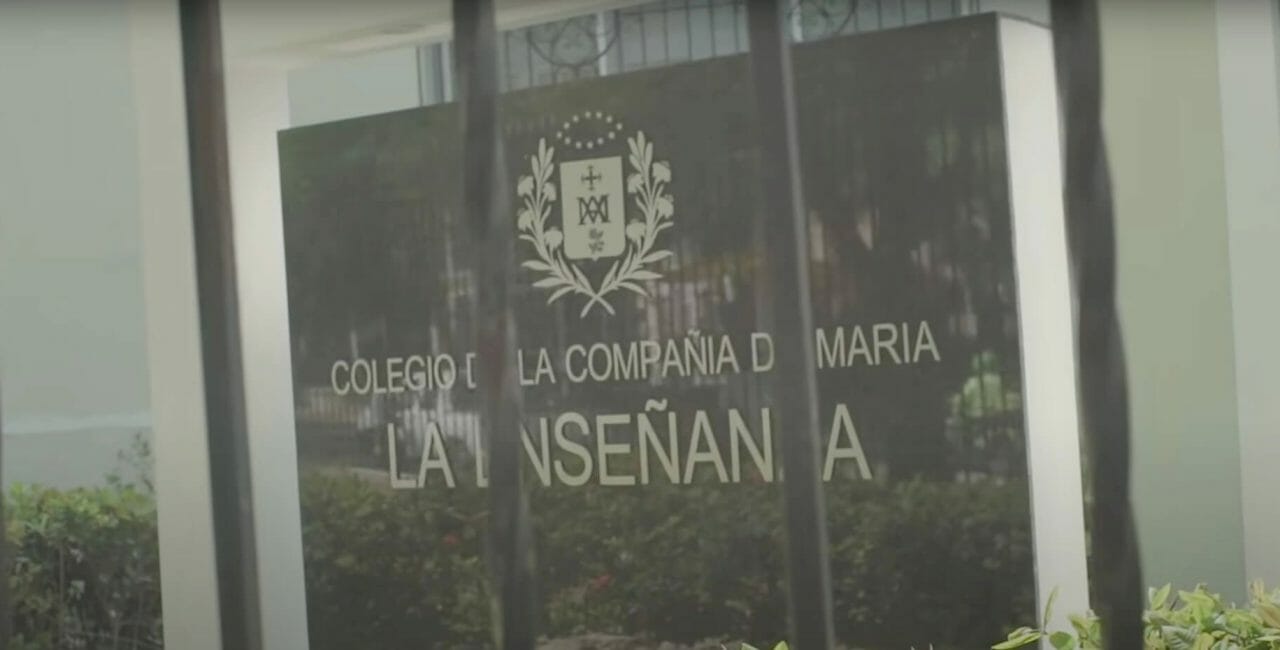 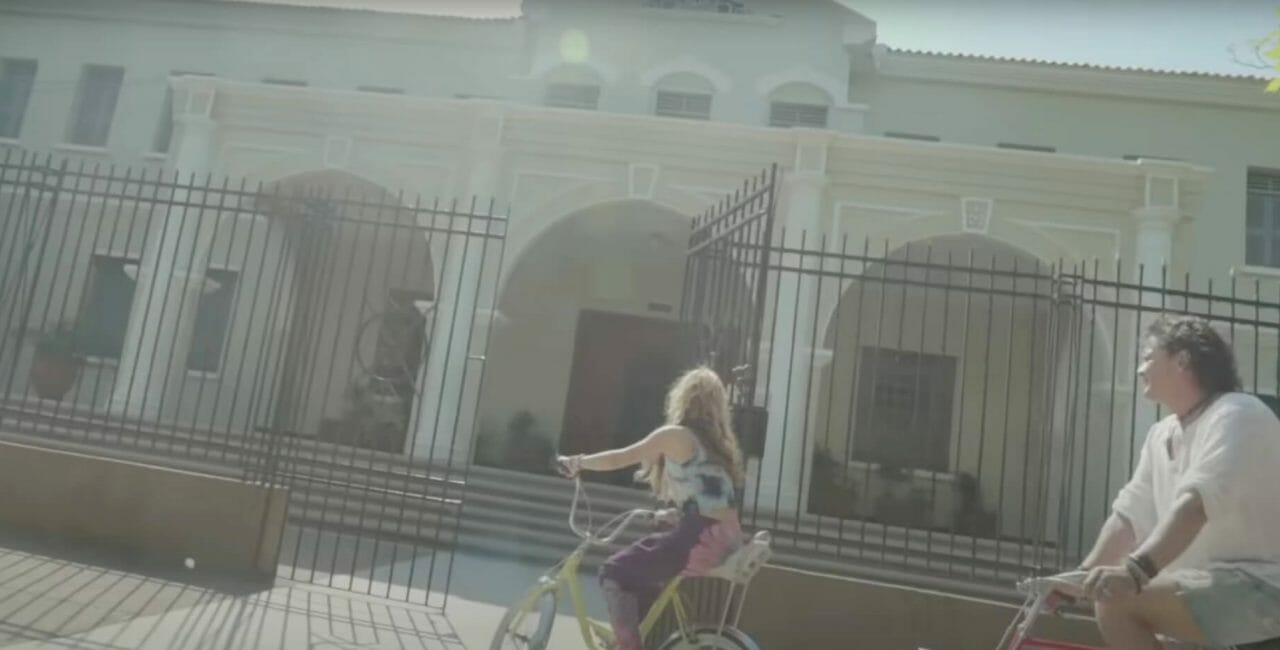 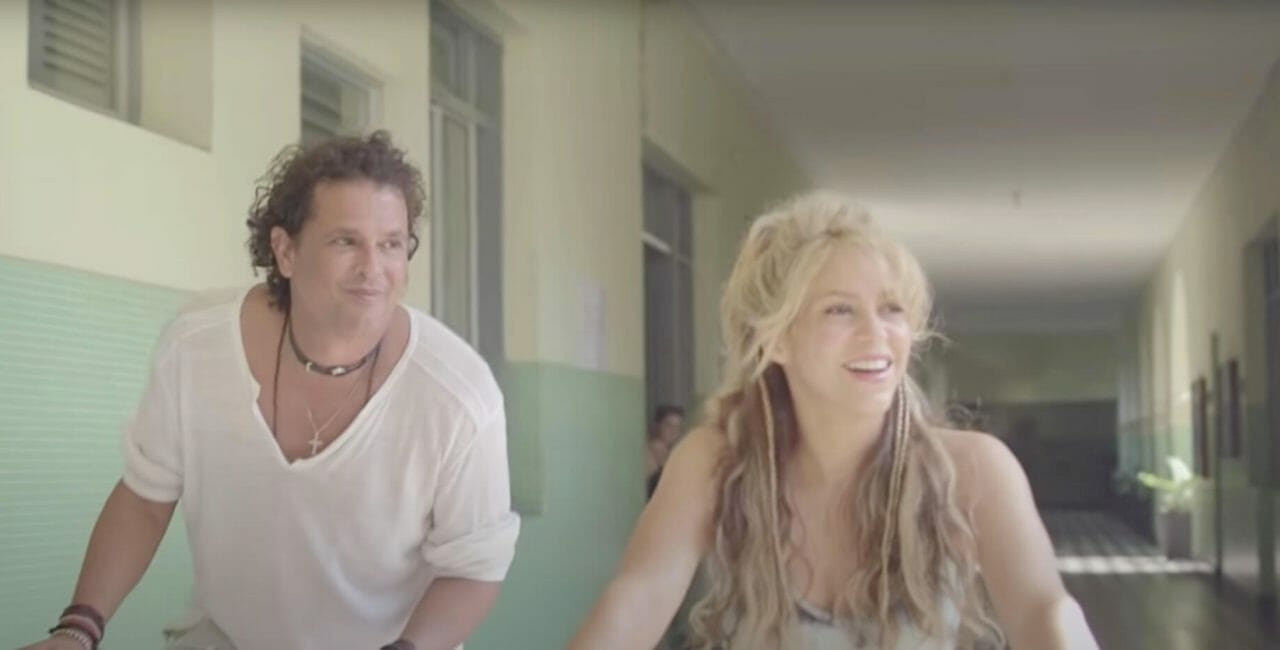 This Colombian institution, particularly popular in Barranquilla, surprisingly finds its origin in France.

Niece of Michel de Montaigne, Jeanne de Lestonnac founded in 1607 a female religious congregation, the Company of Marie-Notre-Dame. With the education of young girls as its priority, it spread throughout the world. In 1941, the college in Barranquilla opened its doors and committed itself to offering a Christian humanist education. With 800 students, its motto is clear: “We form leaders, integral, free and happy women who transform society.” A phrase that suits Shakira perfectly.

Discover all the places La Bicicleta on our map