Music Fils de Joie Stromae (clip - 2022)
Cinquantenaire Park is the setting for an impressive funeral ceremony for a sex worker.

Nine years after his album Racine carrée, Stromae is back on the scene with his new album Multitude. As usual, the Belgian singer evokes difficult subjects on a catchy rhythm. The title Fils de Joie is no exception, telling the story of a sex worker’s funeral.

For the clip, Stromae saw things in a big way by creating a ceremony, military style, from an imaginary country, paying tribute to a sex worker. He and his teams settled in the park of the Cinquantenaire in Brussels on January 21 and 22, 2022 to shoot this clip, which he considers as the most ambitious of his career. Several months of work and hundreds of people were needed to make this clip. He will not hesitate to thank the whole team for this work.

The title was inspired by the testimony of Jimmy Paradis on Ça commence aujourd’hui, an advocate for sex workers’ rights. In the title Stromae places himself as a customer, but above all as the son of a working woman. Words that speak volumes to Jimmy, being himself a child of a sex worker.

500 extras are present in the clip, all dressed up despite the low temperature during the shooting.

Originally Stromae wanted to call his album “Folklore”, Taylor Swift having released an album with that title, he was forced to look for a new one. The idea for Multitude came to him after a discussion with his brother about the fact that he always plays different characters. Funnily enough, the trigger came to him when he got out of his shower, as he told Konbini. 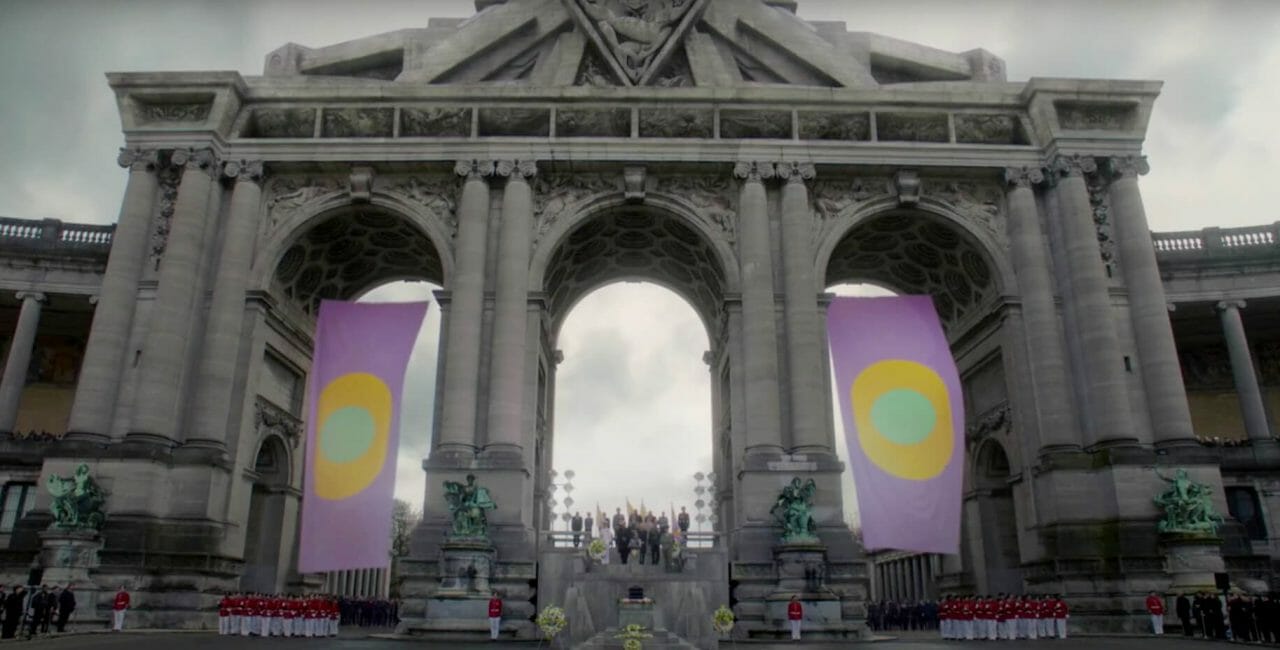 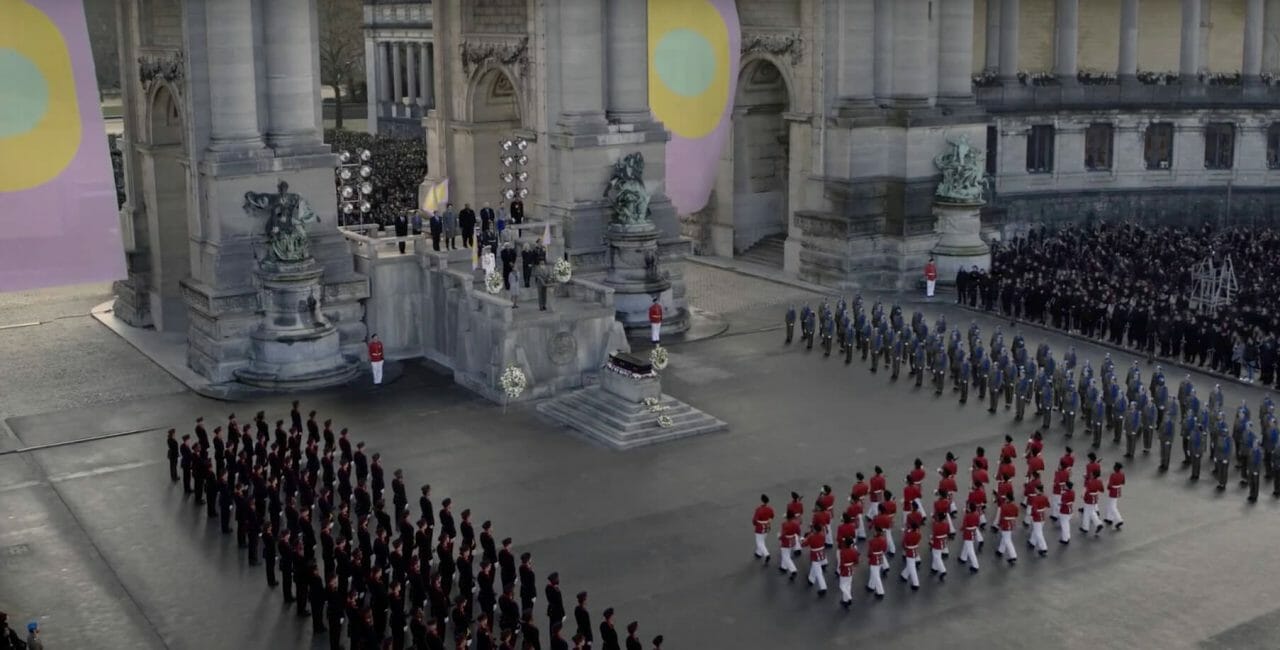 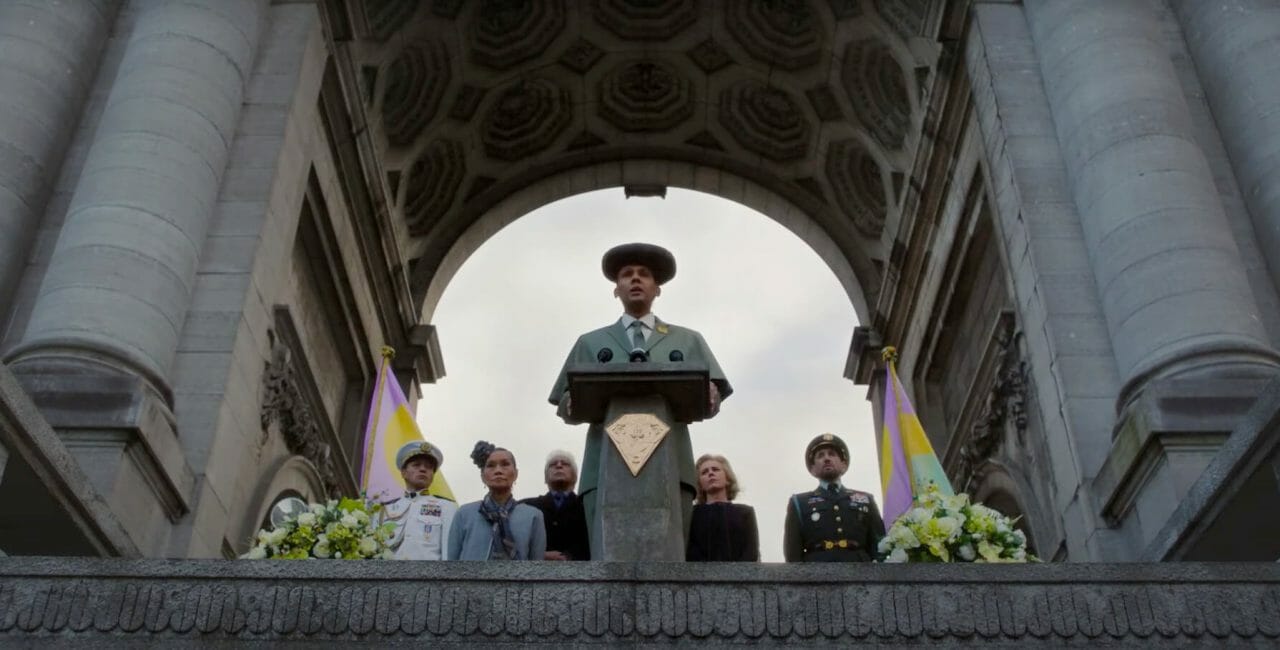 The Cinquantenaire Park is a park located in the city of Brussels in Belgium. The park is built around a city gate with three arches, called the Arcades du Cinquantenaire.

It was at the end of the 19th century that King Leopold II wished to endow Brussels with prestigious infrastructures, parks and monuments. For the 50th anniversary of the revolution that brought independence, the city organized a national exhibition. It was chosen to build two buildings with the aim of concentrating all the knowledge of the country in one place.
Later on, infrastructures were installed for other events such as the World’s Fair of 1897. In 1905, the three arches were inaugurated.
Today, the park is 30 hectares, hosting the palaces of the Cinquantenaire, the Royal Institute of Artistic Heritage, the Great Mosque and the Pavilion of Human Passions.

Eight years after the release of his last album Racine Carrée, Stromae is back with Multitude. (Re)listen to the album with this vinyl edition including all 12 tracks.

Discover all the places Fils de Joie on our map