Chris Pratt’s chase with the dinosaurs is one of the key sequences in Jurassic World Dominion. A scene for which Colin Trevorrow and the writers took some liberties, sailing between Valletta and nearby Floriana to capture the most beautiful sites of the region on screen. It is in the street St. Ursula in Valletta that Chris Pratt must dodge a dinosaur while it almost manages to jump on him from a promontory.

Accustomed to filming, the island of Malta welcomed with open arms the team of the third installment of the Jurassic World saga. The sequence of the chase thus justified the closure of several streets, in order to secure not only the shooting but also the residents. The inhabitants were probably a little disappointed not to have been able to admire animatronic dinosaurs since only creatures in synthetic images were used for this scene.

Jurassic World Dominion reunites the main actors of the Jurassic World saga, namely Bryce Dallas Howard and Chris Pratt and those of the Jurassic Park trilogy, namely Laura Dern, Jeff Goldblum, Sam Neill and B.D. Wong. A meeting that encouraged director Colin Trevorrow to compare his film to Avengers: Endgame in that it also condensed the stories of several important characters into a single plot. 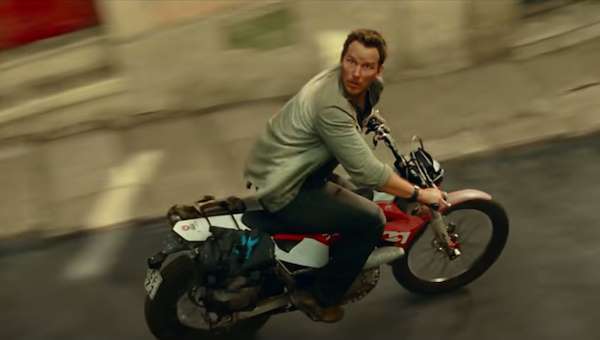 Central street of Valletta, St. Ursula leads directly to the waterfront and thus establishes itself as one of the most touristic arteries of the island.

St. Ursula Street is made up of shops, bars, restaurants and other clubs welcoming many visitors in high season. Lined with historic buildings, some of which shine with their impressive s... Learn more about St.Ursula Street

Experience the full Jurassic era with all 6 blockbuster films packaged together for the very first time.