Funny place for a meeting

What better way to play the role of a real car junkyard than on screen? Driven by a desire to exploit real locations as much as possible, showrunner Vince Gilligan repeatedly rented Ace Metals, an Albuquerque auto junkyard, to film the encounters between drug dealer Tuco Salamanca (Raymond Cruz) and Walter White (Bryan Cranston) and Jesse Pinkman (Aaron Paul). Thus, no development was necessary.

If in the series, the junkyard gives the impression of being far from everything, it is actually located south of the center of Albuquerque, on the edge of the desert, near a residential area. Residents of the neighborhood have long been accustomed to seeing Breaking Bad fans parade around.

If Raymond Cruz is so credible in the role of Tuco Salamanca, it is because he knew how to draw from his own experience to feed his performance. Growing up in Los Angeles in gang-dominated neighborhoods, the actor confided on The Daily Beast, “I saw someone get shot in front of me at point blank range and die. The brains came out the back of his head. I was only 12. There was one incident that I could relate directly to Breaking Bad and Tuco.. When I was 13, the cops were called to our neighborhood because there was a guy who was high on PCP and running around naked. He jumped on the hood of the police car and stomped in the windshield barefoot, and he was completely manic.” Raymond Cruz continued, “There’s nothing fun about play Tuco. It’s a great character, but to try to pull it off is really difficult. It’s really high-energy. It’s relentless. It’s very physical and it wears you out. You get very drained. It was almost impossible to shooting in the desert. It’s blistering hot.“

Tuco Salamanca is one of the characters appearing in Breaking Bad and Better Call Saul. 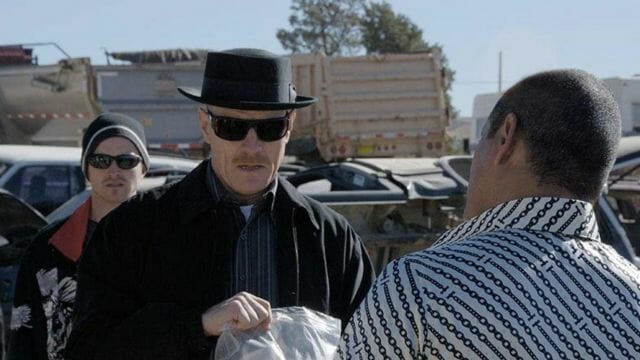 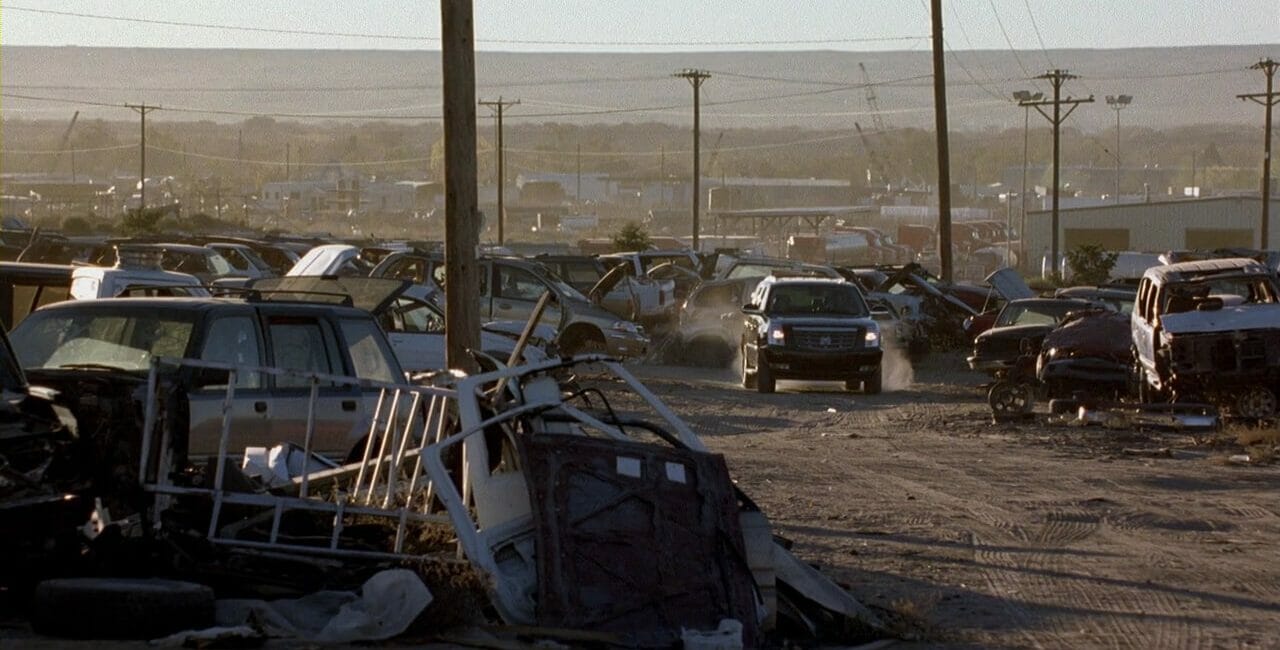 This heist is perhaps the most famous in the United States. In any case, he is a pop culture celebrity thanks to the Breaking Bad series.

Ace Metals is not limited to the treatment and recycling of cars and other vehicles but also deals with metals in the broad sense. Opened in 1956, this recycling center is a family business with more than 100 employees. Having in the meantime merged with several companies in the Albuquerque area, it prides itself on having one of the most powerful car shredders on the market. She is still known for hosting several scenes in the Breaking Bad series.