Movie Cry Macho Clint Eastwood (2021)
Decidedly indefatigable, Clint Eastwood is starting production on Cry Macho, an old project he had to abandon at the end of the 1980s, when he just turned 90. Present behind and in front of the lens, he plays a former rodeo star on his way to Mexico to find a friend's son and bring him back to the United States.

The Mule, the previous feature film by and starring Clint Eastwood, already took place on both sides of the Mexican border. It’s not surprising that the filmmaker didn’t want to change his habits for Cry Macho. It is thus in the heart of the arid landscapes of New Mexico that the legend of the seventh-art takes again his team. He’s cranking up the crank on November 4, 2020.

Over the course of the days, Clint Eastwood and his actors walk through Socorro and Polvareda County but also through Valencia County. Clint Eastwood is working on the film with 250 technicians, 10 actors and 600 extras from the region.

In Belen, a tiny town on the edge of the desert, he runs Montaño’s Family Restaurant, a well-known establishment for locals. For the purposes of filming, the real name is not used. Instead, the director commissions the construction of a sign. On screen, the restaurant is now called Café Gallo Rojo de Rodrigo. A nod to the story of Cry Macho, which centers on a teenager who is very attached to Macho, a particularly ferocious rooster. The restaurant’s decoration has also been slightly modified, always with the aim of multiplying the references to the famous animal. 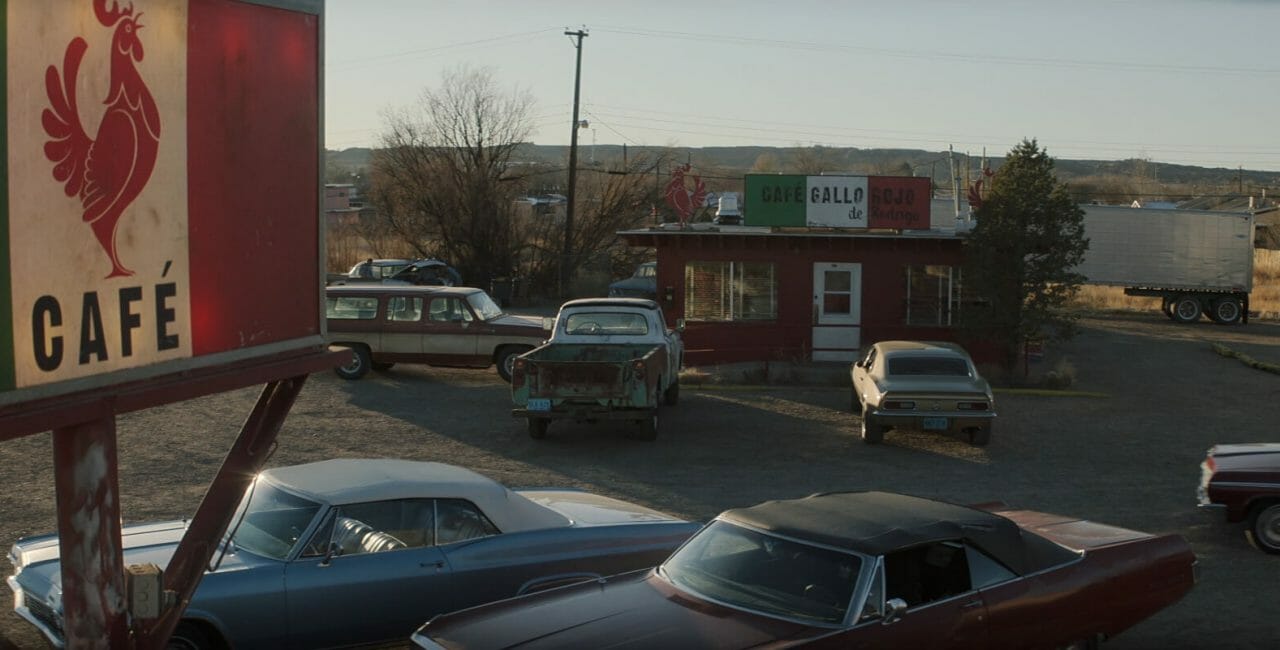 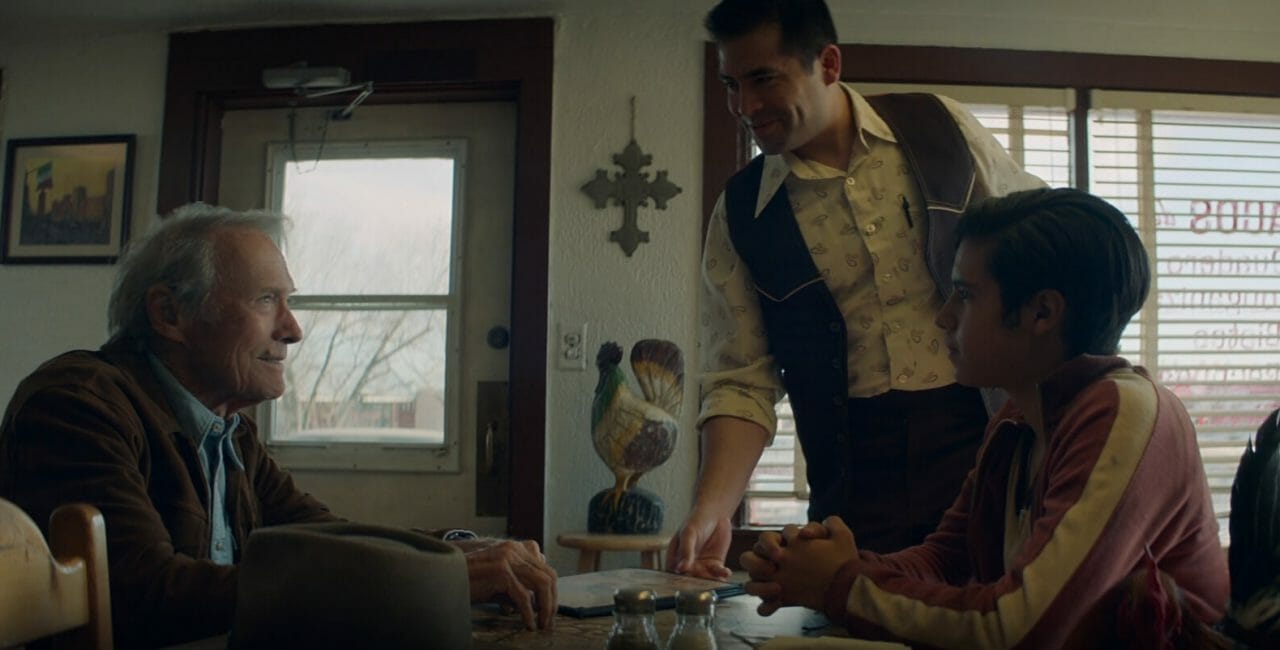 A tiny, family-owned restaurant in the town of Belen, New Mexico, Montaño’s serves typical local cuisine in a friendly atmosphere.

Immediately recognizable by its red color, which allows it to stand out in a landscape of shades of ochre, this modest establishment is a delight for people passing through the region, but also delights the locals. South of Albuquerque, Belen seems to have remained unchanged since the 1950s. Founded in 1740 by a group of settlers, the town has grown over the years. It is known for having seen the first atomic bomb in the world pass through here in July 1945. It is also here that the potato cutting machine was invented by a certain William F. Beavers. This invention was later largely responsible for the development of fast food chains across the country.

Discover all the places Cry Macho on our map