TV show Ozark (2017)
Marty Byrde (Jason Bateman) and his family move into a lake house in the Ozark Mountains.

Forced to relocate, Marty Byrde (Jason Bateman) and his family decide to move to the Ozark Mountains region. A former financial advisor, he runs a major money laundering operation for a Mexican drug cartel. They moved into a beautiful lake house, the headquarters of his operations.

Although the action is supposed to take place in the Ozark Mountains, the production of the series is largely based in the Atlanta area. The Byrde’s house and the adjoining lake are thus in reality at the level of Lake Lanier, north of Atlanta. It is in the town of Flowery Branch that the house is located.

The Lake of the Ozarks is the primary location for the series as creator Bill Dubuque worked for the Alhonna Resort and Marina on the shores of this large body of water. He remembered it so well that he decided to make it the central place where the plots take place. Even though its creator is in love with the place, the production finally had to land at Lake Lanier and Allatoona for budget reasons.

The series received 32 Primetime Emmy nominations including two for Best Series in 2019 and 2020. 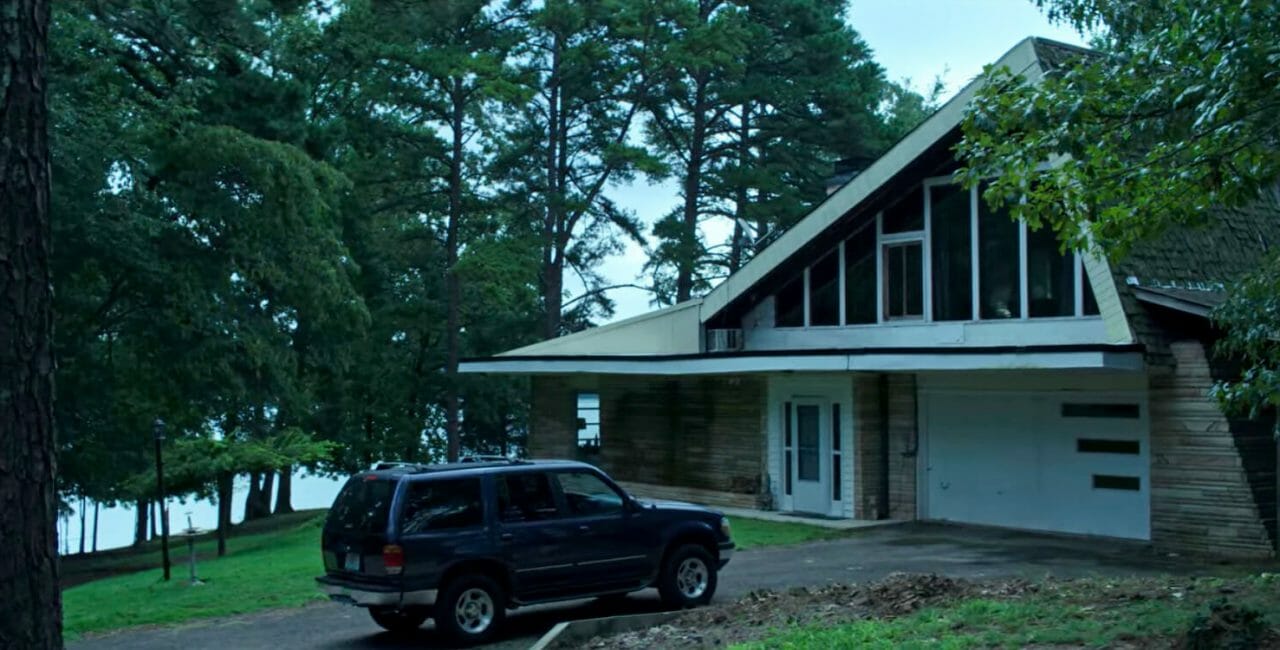 Scene in front of the Byrde’s house in Ozark – Credit: Netflix 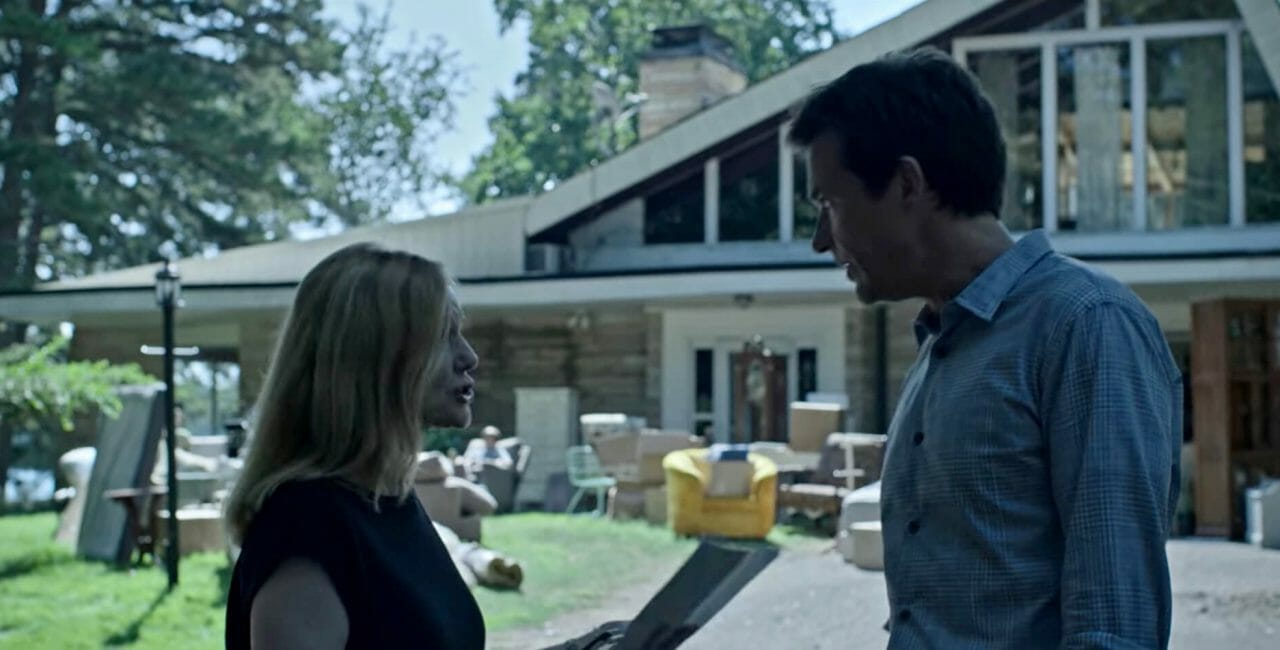 Scene in front of the Byrde’s house in Ozark – Credit: Netflix

In Georgia, on the shores of Lake Lanier in the small town of Flowery Branch, this magnificent house was inspired by the plans of architect John Randal McDonald.

A bright home with large windows, this magnificent house is located in the Gaines Ferry neighborhood in the charming town of Flowery Branch. Inspired by the work of John Randal McDonald according to his plans published in the New Homes Guide magazine from 1955 to 1958, this house follows the original plan with some liberties in the choice of materials.
Today the house is best known as the home of the Byrde family in the Netflix series Ozark.

I Don't Know Sh*t About F*ck: The Official Ozark Guide to Life by Ruth Langmore

Discover all the places Ozark on our map