Movie Into the Wild Sean Penn (2007)
Once upon a time, Christopher McCandless was a young adventurer in search of authenticity. His journey through the American wilderness led him to a miner's trail somewhere in Alaska, where his journey ended tragically in an abandoned bus. An odyssey beautifully illustrated by Sean Penn.

Eager to pay tribute to the philosophy of Christopher McCandless and his life’s journey, Sean Penn decided to stick closely to Jon Krakauer’s story when the production of Into the Wild was launched. The director thus takes care of the script himself.

When the shooting starts, several places visited by the real Christopher McCandless during his journey are exploited. It took two years to film the thirty-five locations, including Salvation Mountain in Salton Sea, California and the Mushrooms Rocks in Lee’s Ferry, Arizona. When the time comes to go to the bus where the young man died, Sean Penn gives up using the real vehicle because of its isolated nature making the logistics of such a shoot too complex. He then commissioned Derek R. Hill, his chief designer, to create an exact replica, reproducing every detail, which he placed on the banks of the Jack River, near the town of Cantwell, 50 miles from the real Bus 142. The surroundings, very similar, allow the director to create a perfect illusion. Since then, the Magic Bus from the movie has been bought back and is now in front of 49th State Brewing, a restaurant in Denali Park in Healy, Alaska. Upon its release, Into the Wild became an instant cult hit. A film of a whole generation, full of magnificent evocations of this wild America subject to so many fantasies.

Adapted from Jon Krakauer’s book of the same name, Into the Wild follows the journey of Christopher McCandless, a young man who decides to break with the principles of modern society and is found dead on an abandoned bus in Alaska. The film was celebrated by critics and audiences alike. Its soundtrack, signed by Eddie Vedder, the leader of Pearl Jam, was also a great success.

The film was nominated twice for an Oscar. He did not win any of them

Scene in the 142 bus in Into the Wild – Credit: Paramount Pictures, Pathé 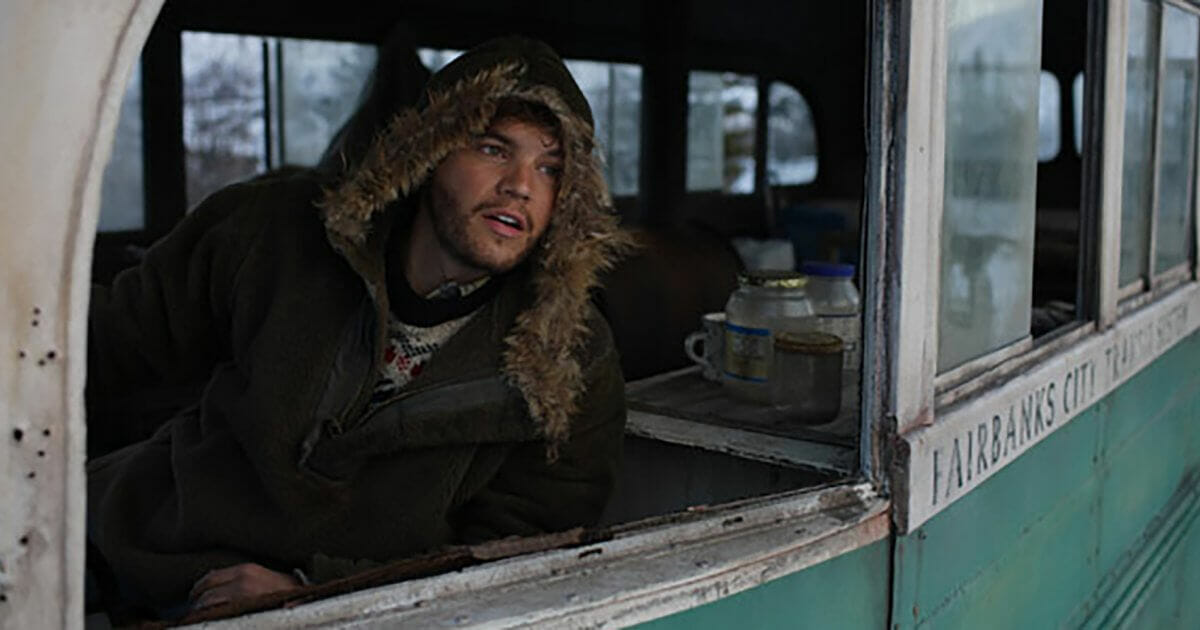 Scene in the 142 bus in Into the Wild – Credit: Paramount Pictures, Pathé

Once used by miner Earl Pilgrim in the 1930s, the Stampede Trail became world famous when the book Into the Wild was released.

It is in Bus 142, located on the Stampede trail, that Christopher McCandless died on August 18, 1992. A place that became famous at the time of the release of Sean Penn’s film. The abandoned vehicle was once accessible after a difficult walk of more than 32 km, during which several people got lost. Some of them unfortunately lost their lives while trying to reach the site. For this reason, the bus was airlifted on June 18, 2020 to an undisclosed location. It is planned that it will be exhibited at the Museum of the North at the University of Alaska-Fairbanks.

Discover all the places Into the Wild on our map