TV show Game of Thrones (2011)
Beric Dondarion (Richard Dormer), a former knight of House Stark, is in hiding with his fellow Brotherhood without Banners when Arya Stark (Maisie Williams) and Sandor Clegane (Rory McCann) burst in. The cave in which they are located is actually the Pollnagollum Cave in Northern Ireland.

Having at their disposal vast studios, located near the former Titanic shipyards in Belfast, the production of Game of Thrones was keen to shoot as much as possible in natural locations. Places sometimes located in the middle of nature, far from civilization, like Pollnagollum Cave. It is here, near a beautiful waterfall, at the bottom of a chasm accessible only by foot, that the directors and actors, among whom Richard Dormer, Maisie Williams and Rory McCann, the interpreters of Beric Dondarion, Arya Stark and Sandor Clegane, have shot, in uncomfortable conditions to say the least.

Of course, no modifications were necessary as the Pollnagollum Cave has not been altered at all by progress. A perfect place to capture the secrecy of the Brotherhood without Banners, a group of warriors who move through Westeros on the bangs of all the great houses, and whose path eventually crosses that of the Starks.

Becoming famous in the mythology of the series thanks in particular to his flaming sword, Beric Dondarion has been the subject of special care from the craftsmen responsible for the manufacture of weapons. Weapons made to measure by the production.

Beric Dondarion was played by two actors. Played by David Michael Scott in the first season, he then takes the features of Richard Dormer. 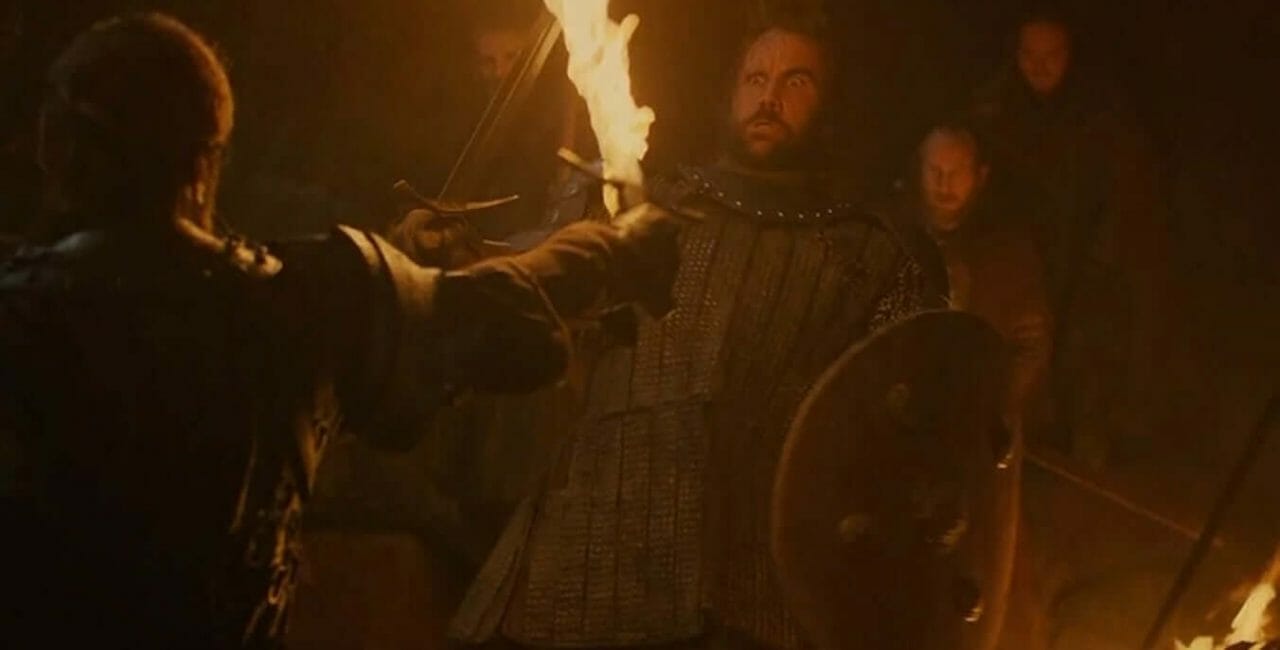 The longest cave in Ireland, this natural cavity is a mecca for caving in this part of the world.

Access to the Pollnagollum Cave is via a small path in the woods. A belvedere offers to admire the waterfalls marking the entrance to the cave. Inside, behind the curtain of water, a spectacular labyrinth runs underground and offers the most adventurous magnificent visions of the work that nature has done over thousands of years. Pollnagollum Cave is part of the Marble Arch Caves World Park.