Movie Pig (2021)
Accustomed to living in the woods with his truffle pig, Robin Feld (Nicolas Cage) must return to Portland when his pet is kidnapped by mysterious individuals. He then enlists the help of Amir (Alex Wolff), a young businessman to whom he sells truffles, to drive him across the Broadway Bridge.

Production on Pig begins in September 2019 when Nicolas Cage and Alex Wolff are cast in the two lead roles. Made on the fringes of the big Hollywood studios, the film is directed by Michael Sarnoski. The latter is in charge of the direction but also of the script.

Things quickly fall into place and the team settles in the woods around Portland to shoot the first scenes. One of the most decisive moments of the film sees the characters leave the forest to reach Portland, crossing the Broadway Bridge. A highly symbolic sequence shot in real conditions.

In the script, the bridge, whose architecture is reminiscent of the most beautiful New York buildings spanning the Hudson River, acts as a link between the old life of Rob, the character played by Nicolas Cage, and the new one. It is with a closed face, aware that he will have to reconnect with some of his old demons, that Rob makes the crossing in a sports car driven by Amir (Alex Wolff).

Shot for a mere $3.5 million Pig sees its production delayed due to the Covid-19 pandemic but ends up being released in the US on July 16, 2021. Praised by the critics, it was also very well received by the public. Nicolas Cage, for his part, is once again the object of public admiration thanks to his composition full of nuance and poetry.

The filming of Pig took only twenty days. 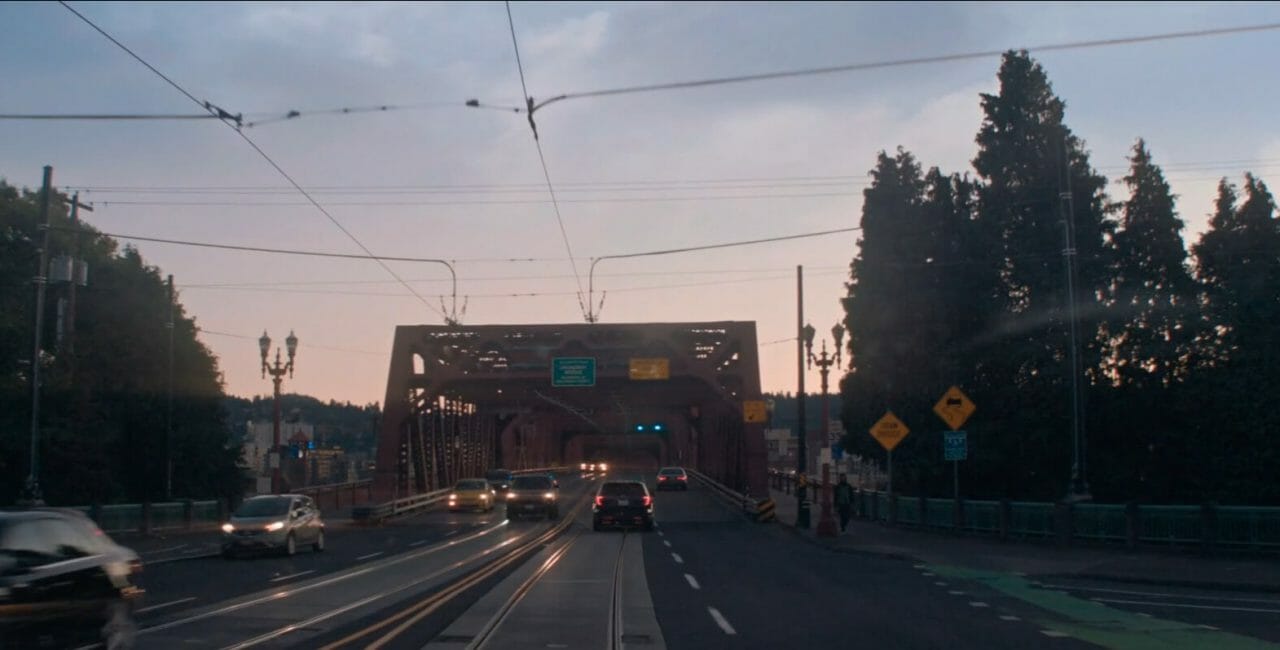 The first bascule bridge to span the Willamette River, the Broadway Bridge has been listed on the National Register of Historic Places since 2012.

It was in 1913 that the Broadway Bridge was inaugurated. With a length of 531 meters, it was designed to allow the circulation of cars, pedestrians and also the tramway. The tramway passed over... Learn more about Broadway Bridge

Discover all the places Pig on our map