Movie Edward Scissorhands Tim Burton (1990)
Edward Scissorhands did much to establish the Burton style and remains one of the most influential films of the 1990s. A bitter-sweet work tinged with fantasy, poetic and phantasmagorical, whose action takes place partly in a charming suburb and more particularly in a beautiful little house.

When Tim Burton begins scouting for the perfect locations for his new film, he has a very specific idea in mind; for him, Edward (Johnny Depp) must arrive in an ordinary American suburb. He then began his research in Burbank, California, where he himself lived as a child. Nevertheless, the place has changed too much for his taste. It was then that Bo Welch, his chief decorator, drew his attention to the town of Lutz, Florida, and more precisely to Tinsmith Circle. Seduced, Tim Burton nevertheless decides to make some adjustments to fully match this residential subdivision to his requirements. Bo Welch would recount years later: “We found ourselves in a kind of generic and simple suburb to which we tried to add some character by painting their houses in faded colors to make it look a little more paranoid.” In the garden of the Boggs’ home, the chief designer also arranged fake topiary shrubs. In the film, Edward is a master of this delicate art and carves boxwoods in the shape of animals. In reality, his creations are cages of wire mesh covered with vegetation. On screen, the illusion of this typical suburb is perfect and contrasts wonderfully with the gothic castle of the hero. Castle built from scratch for the needs of the film.

Inspired by his youth in a residential suburb of Burbank, Tim Burton wrote the story of Edward Scissorhands before asking Caroline Thompson to write the screenplay. A true critical success, following the plebiscite of Batman, the film also received numerous awards. As the public rushes to the theaters, the director becomes unavoidable, as well as the two main actors, Winona Ryder and Johnny Depp. Tim Burton still considers Edward Scissorhands to be his most personal work.

Tim Burton’s team had to repaint 44 houses in the residential suburb suburb of Lutz, where the film is set. 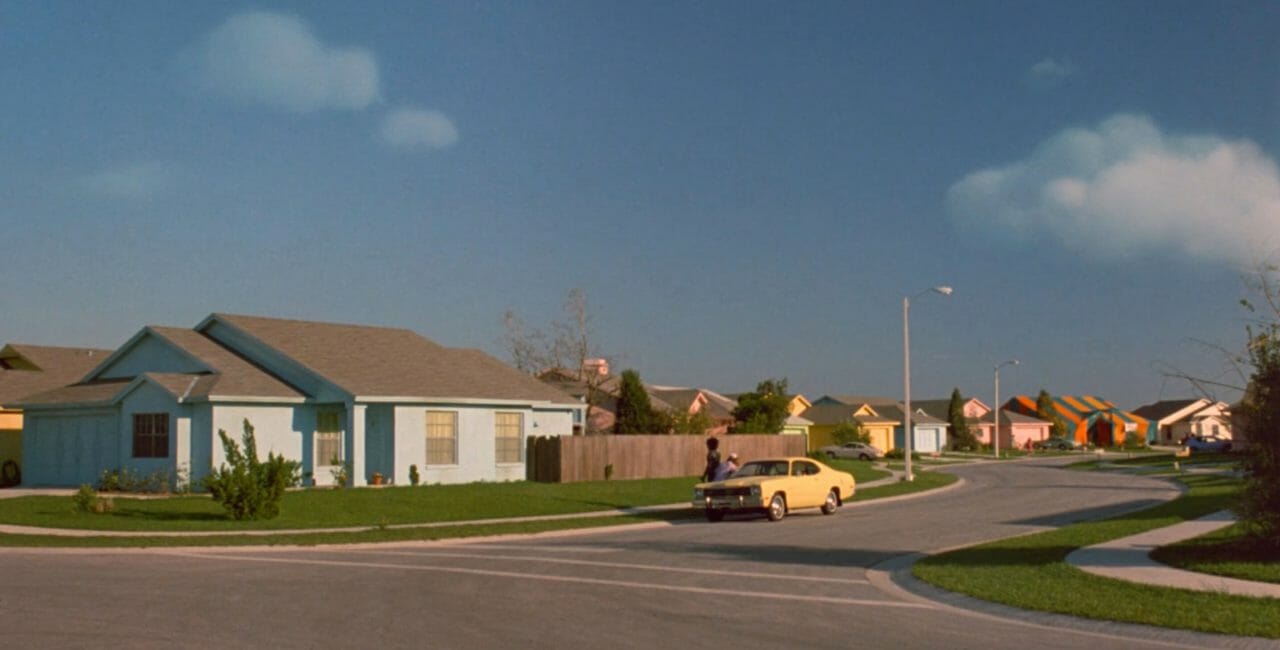 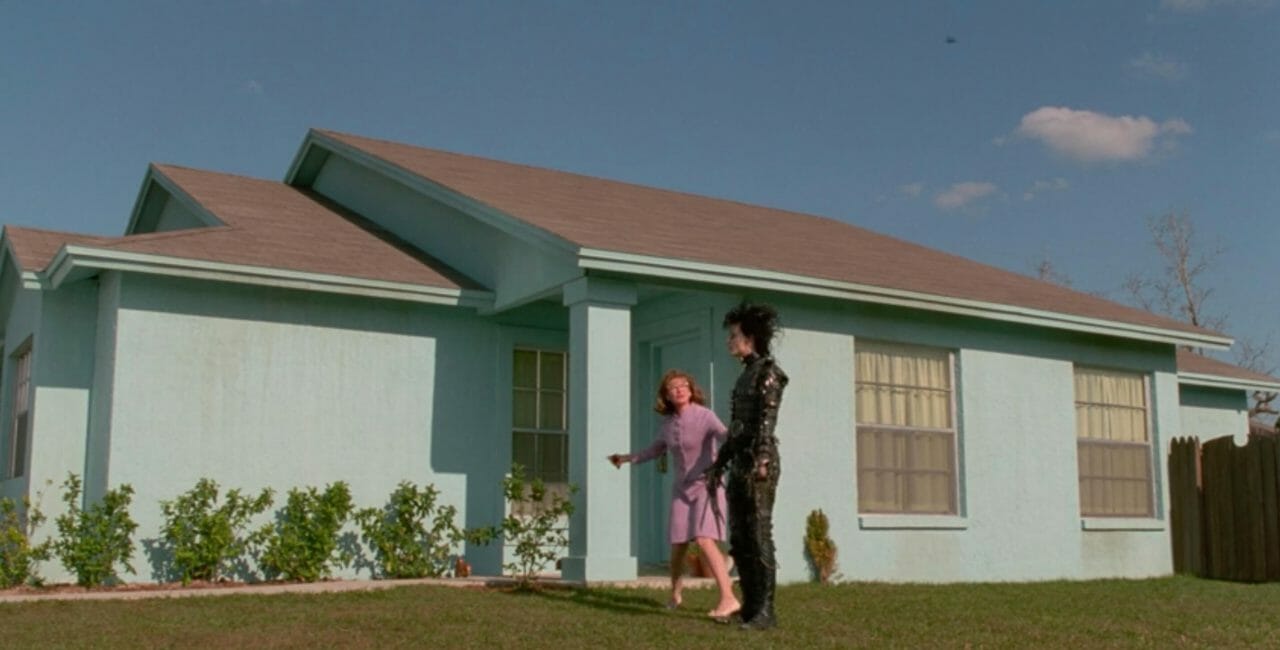 Bathed in the Florida sunshine, in a typical American small town, the home of Edward Scissorhands does not go unnoticed by fans.

This beautiful building of just over 133 m2 dates from 1989. It has three bedrooms and two bathrooms. Renovated since the filming of the Tim Burton movie, the pavilion has had only two owners... Learn more about 1774 Tinsmith Cir

Discover all the places Edward Scissorhands on our map