Saga Jurassic Park
Movie The Lost World: Jurassic Park Steven Spielberg (1997)
Back on the island, Ian Malcolm (Jeff Goldblum) and his fellow survivors set up base camp in the forest. A place supposed to be on Isla Nublar, the island of Jurassic Park, in reality located on the California coast, north of San Francisco.

Steven Spielberg begins shooting The Lost World, the sequel to Jurassic Park, on September 4, 1996 in Hawaii. Sometimes absent from the set, too busy with the creation of the studio Dreamwork SKG with his associates, the director manages the operations by videoconference. It is also for this reason that he shoots in Hawaii a lot less scenes than for the first episode. He then found an alternative in Sue-meg State Park, north of San Francisco. The plant species and the wild character of the place make a very good substitute for the Hawaiian jungle.

The set designers set up several of the film’s key settings, such as the base camp, at Sue-men State Park. Steven Spielberg also exploits Ceremonial Rock, from which the characters observe the dinosaur hunt. Agate Beach and the cliffs of Wedding Rock are also visible. The place where the bride and groom celebrated their union had completely changed function during the shooting.

Not far from there, in Fern Canyon, the team organizes the attack of Dieter Stark (Peter Stormare) by tiny compsognathus. If the budget of The Lost World is slightly higher than that of Jurassic Park, the filming was nevertheless largely located on the American continent. Steven Spielberg having decided to reduce the risks related to the unpredictable climate of Hawaii. Climate because of which he had to return home during the production of Jurassic Park, following a terrible storm. 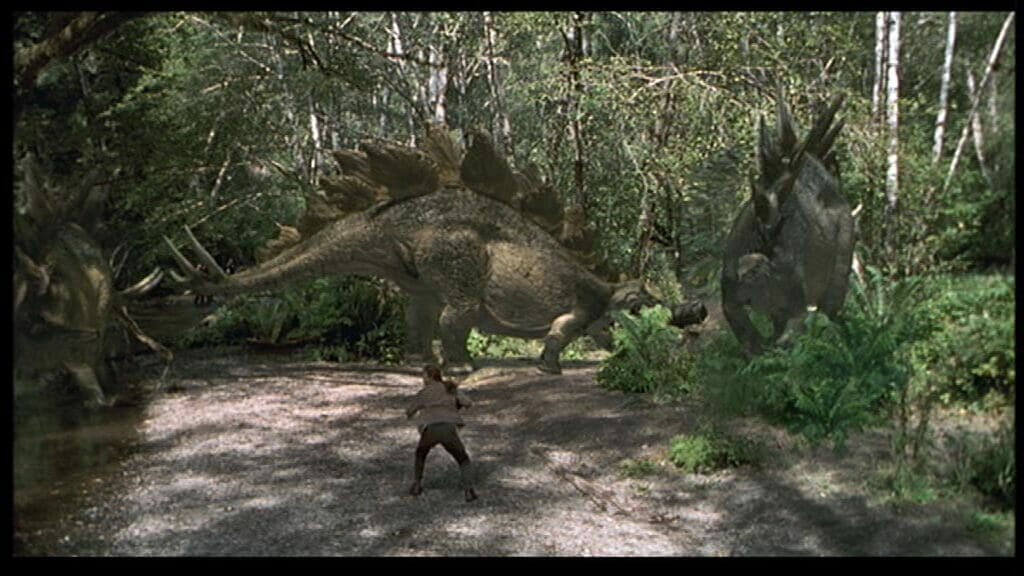 Previously called Patrick’s Point State Park, this natural area has regained the name originally given to it by the Yurok people.

Located in northern California above the Pacific Ocean, this park is popular for its forests of redwoods, pines, firs, and red alder. Visitors can assess there in a reconstruction of the Yurok village and... Learn more about Sue-Meg State Park