Comics Mélusine fée serpente Sophie Balland and Didier Quella-Guyot (2017)
The baptistery of Saint-Jean in Poitiers is the setting for one of the scenes in the comic strip Mélusine femme serpente.

The legend of Mélusine, the serpent fairy, is very present in the folklore of Poitou. In 1393, Jean d’Arras published Mélusine ou la noble histoire de Lusignan where he tells the fabulous destiny of this legendary fantasy creature.

Known under other names in other regions of France, Mélusine is a fairy builder who becomes half-serpent every Saturday. Called “Mother Lusigne”, the mother of the Lusignans, her myth is very old and goes back to the Middle Ages. Thus, in Mélusine, la fée serpente by Sophie Balland and Didier Quella-Guyot, we find the young woman near the baptistery of Saint-Jean in Poitiers. This monument dates back to the second half of the fourth century or the beginning of the following one. After many alterations over the years, historians and archaeologists prove that it is one of the oldest baptisteries in the Christian West.

Melusine comforted Raymondin de Lusignan after he killed his uncle. She promises to make him a powerful lord after their marriage. One condition: that her husband never sees her on Saturday. And for good reason. On Saturday, Melusine’s legs become a snake’s tail. Together they have ten children, all of them big and powerful but some with amazing characteristics: Eudes has one ear bigger than the other, Geoffroy has a boar’s tusk sticking out of his mouth.

Melusine and Raymondin’s son, Horrible, has 3 eyes. When he was four years old, he killed his two nannies. 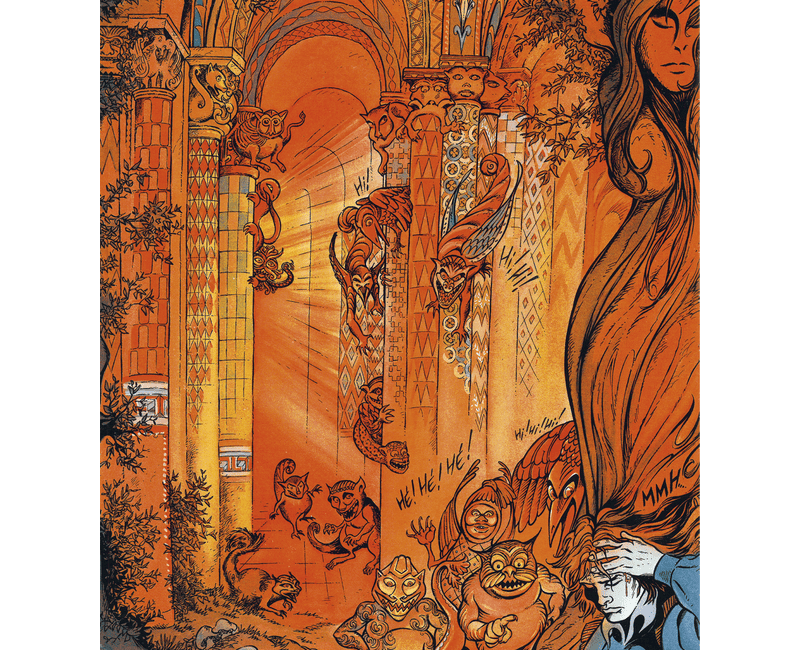 Le baptistère Saint-Jean is one of the oldest baptisteries in the Christian West.

Classified as a historical monument since 1846, this Christian building would have been built in the second half of the 4th century or the beginning of the 5th century.

Over the centuries, it has undergone numerous modifications. It was bought by the French State during the French Revolution. In 1883, the Ministry of Fine Arts gave the use of it to the city of Poitiers to make it a museum.

Its rectangular room with three apses is of historical importance for understanding Merovingian architecture. All the walls were covered with frescoes but many have disappeared over the years. Some of them are dated from the 12th and 13th centuries. These are priceless treasures.

Discover all the places Mélusine fée serpente on our map