Contrary to appearances, the shooting of Uncharted did not really stop in New York. Once quite accessible, the Big Apple now imposes high taxes, encouraging some studios to relocate to Canada or Europe. Including productions like Uncharted. Here, it is Berlin that we find in the role of New York. The Augustine Auction House, in which one of the first action scenes of the film takes place, is actually the office building of a telecom company. Director Ruben Fleischer and his team took advantage of the building’s very contemporary architecture to create this perfectly convincing illusion. The digital effects did the rest. Shephed Frankel said of this location, “When I first walked in, I thought this atrium told our story. It defines the theme of the film. The Old World meets the New World.“

In the German capital, the teams also set up shop at the legendary Babelberg studio in Potsdam, where films such as Metropolis and Hunger Games were once shot. It is here, in these gigantic installations that the craftsmen were able to build many sets such as the catacombs supposed to be in Barcelona and the treasure room where Nathan Drake finds the galleons of Magellan.

Tom Holland was not the first choice to play Nathan Drake. At the beginning of the project, Nathan Filion was strongly considered. 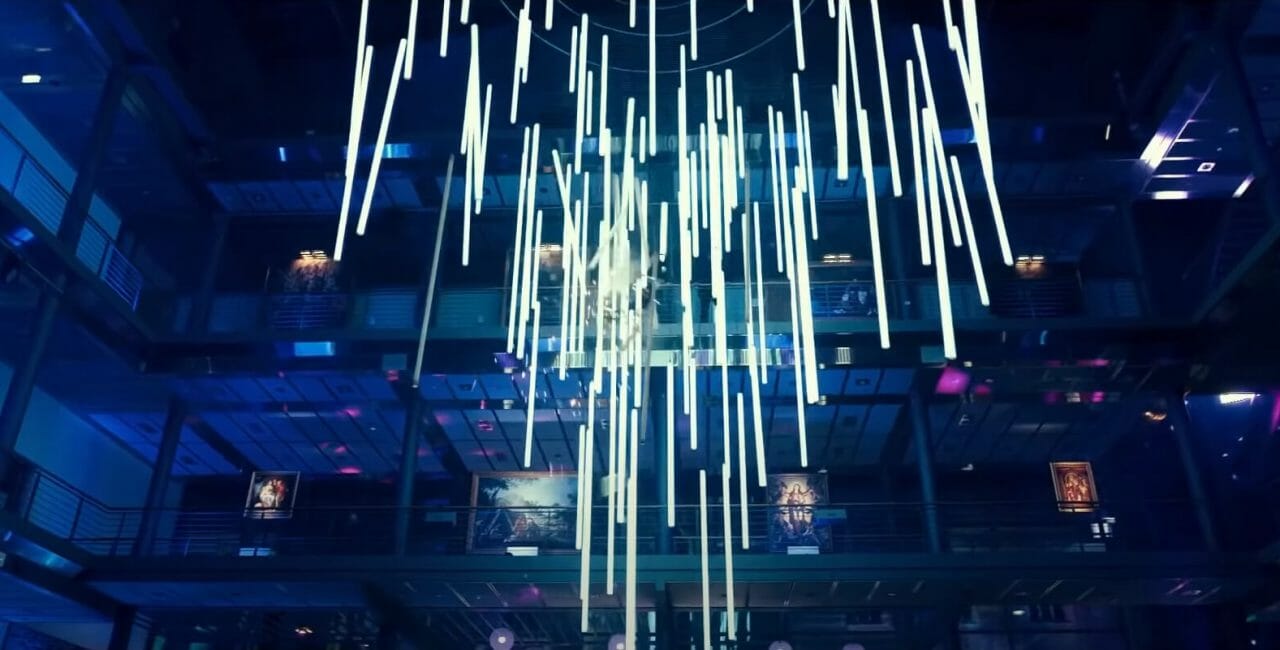 Located in the center of Berlin, this modern building with an impressive glass façade houses the headquarters of a German telecom company.

Not far from the banks of the Kupfegraben river, a few blocks from the Brandenburg Gate, this contemporary building does not go unnoticed. As if set in the middle of a more traditional decor, it embod... Learn more about Deutsche Telekom AG

Discover all the places Uncharted on our map