Archibald Manor is present throughout the series and in many ways.

We learn, for example, that the house was purchased by William van der Bilt (James Naughton), Nate’s grandfather. Anne (Francie Swift), Howard (Sam Robards) and Nate, their son, live in this incredible home.

It is between these walls that Howard is arrested for fraud and embezzlement. When he fled to the Dominican Republic on parole, the FBI saw it as proof of his guilt and came to take inventory of the house, the void and deprived it of water and electricity.

If Anne chooses to go to the Hamptons as a result of these events, Nate decides to remain there clandestinely until her father surrenders and the mansion is returned to them.

Later, Nate studied at Columbia and resided at the university, leaving her mother alone in the house. When her father asked for her release, wishing that the house would be her place of residence, Anne refused and asked for the divorce as well as the mansion.

The number of episodes in the series. Six seasons are needed to find out the identity of Gossip Girl.

Built in 1898, the townhouse nicknamed Archibald Townhouse is a true work of art located in the heart of Manhattan.

The history of the 4 East 74th Street townhouse begins in 1898 when it was erected by architect Alexander Welch, known as the consulting architect for the restorations of Alexander Hamilton’s house in Harlem and George Washington’s headquarters in White Plains.

But its most famous use is in Gossip Girl. On Google Maps, the residence is nicknamed Archibald Townhouse, in homage to Nate Archibald, one of the main characters of the series living there.

With 7 bedrooms, 8 bathrooms, 2 powder rooms, 10 fireplaces and numerous parquet floors, stained glass windows and other sumptuous moldings, the house is priced at no less than $39 million. A real gem. 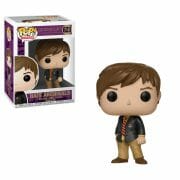 Discover all the places Gossip Girl on our map