Today, Sébastien Samson is an art teacher in Bayeux. He spent his childhood in Arçay, near Loudun. In parallel to the courses given to his students, he produces comic books. He published Diary of a Bipolar in 2010 and The New York Marathon with a Small Sole in 2020, published by La boîte à bulles.

Since then, he has been looking back at the early years of his life. In L’entre-deux-gares, his new album, he recounts his past in this small rural commune 9 km southwest of Loudun and 20 km east of Thouars.

When he was younger, Sébastien Samson did not live in a house like the others. With his parents, they lived in a gatehouse. His mother was in charge of the barrier protecting the railroad track linking Les sables d’Olonne in the Vendée to Tours in the Indre-et-Loire.

The author stages himself along the tracks, collecting stones or going to the local school. For the moment, few plates are visible to the public because the album will not be released until the end of 2022.

The Arçay train station has been closed for a long time, so it has not welcomed passengers for some time. Sebastien Samson’s parents continued to live in the gatekeeper’s house even after the closure. Today, the couple has changed residence but still in the same town. As for the drawing teacher, he also lived in this village for a long time before leaving for Calvados.

The Arçay station is located at kilometer 169.900 of the line from Les Sables d’Olonne to Tours. 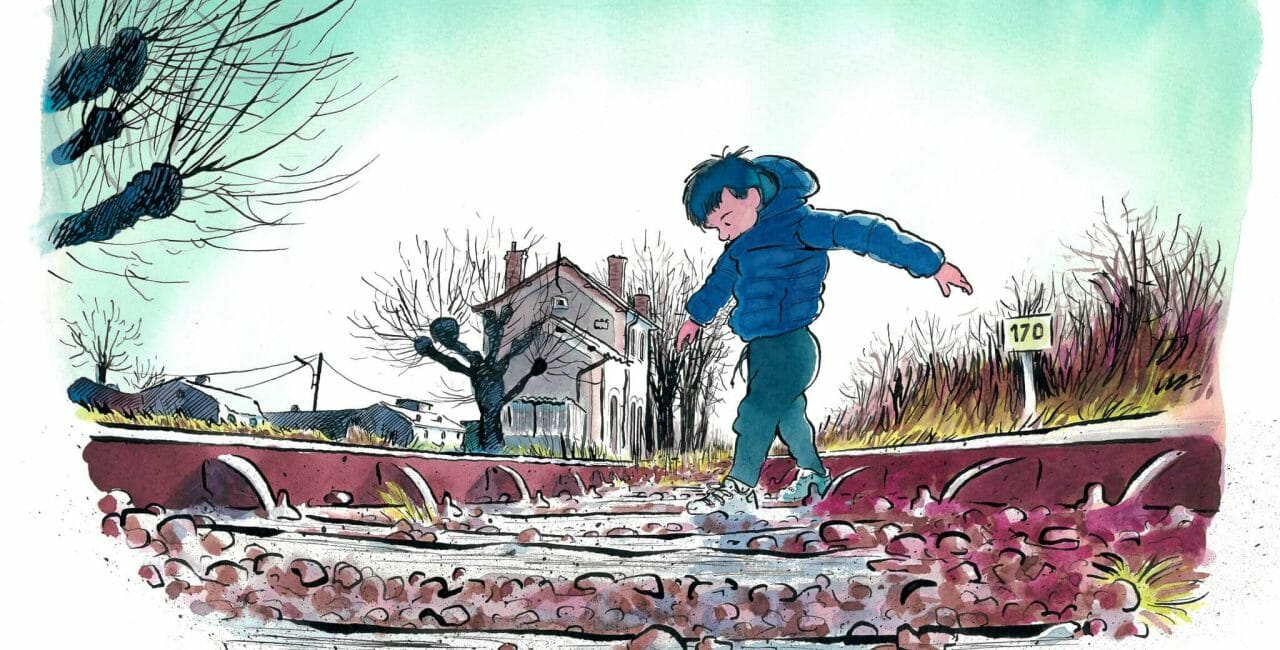 La gare d’Arçay is now closed. It was located on the line Les sables d’Olonne – Tours.

Located at the kilometer point 169.900 of the line Les sables d’Olonne (Vendée) to Tours (Indre-et-Loire).

Put into service by the SNCF, it was also the departure point between Arçay and Poitiers.

It is not serve... Learn more about Rue de la Gare

Discover all the places L'entre-deux-gares on our map