Movie Blade Runner Ridley Scott (1982)
Set in Los Angeles in 2019, Blade Runner immerses the moviegoer in an extremely futuristic setting. In this heavy atmosphere, the Bradbury Building, where the last scene takes place, imposes its stature and gives the action an extra soul.

At the crossroads of the neo-noir thriller and the cyberpunk universe, Blade Runner required a lot of adjustments from Ridley Scott’s team. When the shooting starts, on March 9, 1981, the director invests for the first time the Warner studios in Burbank. It is there that an entire street is made up to look like a city of Los Angeles projected into the future.

Of particular importance in the script is the apartment where J.F. Sebastian (William Sanderson) lives, the geneticist to whom the replicant Roy Batty (Rutger Hauer) approaches in an attempt to extend his lifespan. After all, this is where the ultimate confrontation between Rick Deckard (Harrison Ford) and Roy Batty takes place. A final duel in which the android declaims his monologue. A scene now ranked among the most important in science fiction, partly improvised by Rutger Hauer.

The Bradbury Building is chosen because of its beautiful courtyard. At the time, in the early 1980s, the building, although already classified by the city, was faded. Nevertheless, it suits the plastic requirements of the film and on the screen, the contrast between the neo-Renaissance architecture and the futuristic elements is of the most beautiful effect. Ridley Scott also operated the Pan American Building, located across from the Bradbury. This is where Pris (Daryl Hannah) spies on Rick Deckard when he visits J.F. Sebastian. Two key places where the passage of time has not been enough to attenuate the strength of the evocations of Blade Runner.

A free adaptation of Philip K. Dick’s novel, Do Androids Dream of Electric Sheep?,
Blade Runner had a difficult production before being released in the United States in June 1982. This is Ridley Scott’s first Hollywood film. Rather lukewarmly received by the critics, it becomes cult with the years. Denis Villeneuve directed a belated sequel, Blade Runner 2049, in 2017. 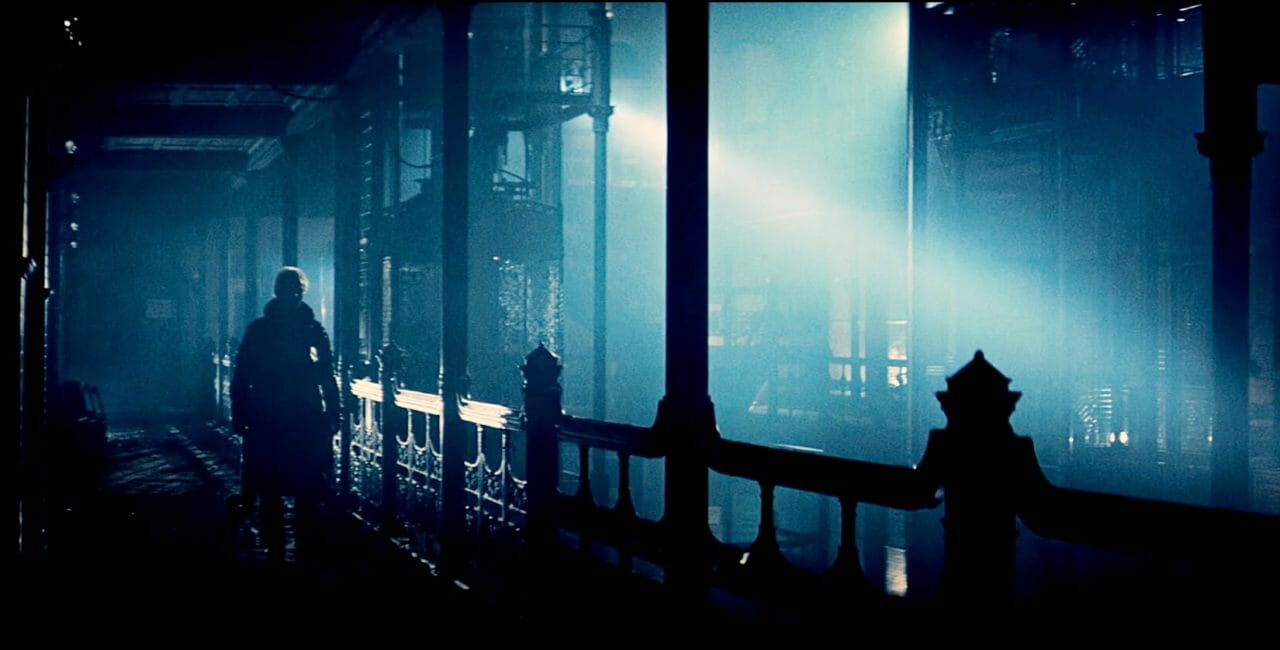 Built in 1893 in the Renaissance Revival style, the Bradbury Building has graced popular culture many times.

If the red brick and terra cotta facade impresses at first glance, it is thanks to its interior that the Bradbury Building became famous. At the end of a corridor, the central courtyard is surrounded by five floors, made of pink an... Learn more about Bradbury Building

Discover all the places Blade Runner on our map