TV show Better Call Saul (2015)
It is in this apartment that Kim Wexler (Rhea Seehorn) and Jimmy McGill, aka Saul Goodman (Bob Odenkirk) move in when they get married. It is also here that Lalo Salamanca (Tony Dalton) kills Howard Hamlin (Patrick Fabian) in cold blood in episode 7 of season 6. An apartment located in Albuquerque, like the other filming locations of the series.

A central apartment in the plot

Visible on many occasions, the façade of this building is the scene of several scenes. In some of them, Kim Wexler (Rhea Seehorn) drinks a beer on the balcony of her apartment while Jimmy McGill (Bob Odenkirk) returns from work. The interior scenes, on the other hand, were shot in the studio, where all the sets of the series were built by the production.

As with Breaking Bad, showrunners Peter Gould and Vince Gilligan made a point of locating all the Better Call Saul locations in Albuquerque. A way to anchor the story in a tangible and coherent environment. 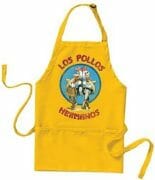 The mid-season episode, when Lalo Salamanca (Tony Dalton) kills Howard Hamlin (Patrick Fabian) under the eyes of Kim Wexler and Jimmy McGill, has marked the minds. An episode about which director Tom Schnauz told Postsus.com: “Lalo’s entrance was the most difficult moment because the characters had different information in their possession. Kim knew that Lalo Salamanca was alive. Jimmy saw a ghost come through the door. He was completely in shock, so I focused more on his face. We made a whole range of shots for that entrance. I tried to be very fancy and did all these close-ups of Bob’s eye and his pupil dilating. If you remember episode 9 of season 5, the juicer scene, I did those kinds of shots. So I set up two cameras on Bob’s face, thinking I was going to cut between the two and do all this shocking visual explosion for the moment when Lalo walks through the door. In the end, we sent the version with the eye shots to AMC and Sony. They usually give very little feedback but they said to us, “Do we really need this Hitchcock reference?” I watched the episode again and thought it was easiest to highlight that dark shadow that pops up behind Patrick. Having Bob’s big reaction was the way to go. As far as Howard getting shot in the head, I just let Bob and Rhea do what they needed to do, reacting to the scene unfolding before their eyes. I didn’t give them any direction. I just let them do their thing. And they did it incredibly well.“

With 6 seasons, Better Call Saul has one more than Breaking Bad. 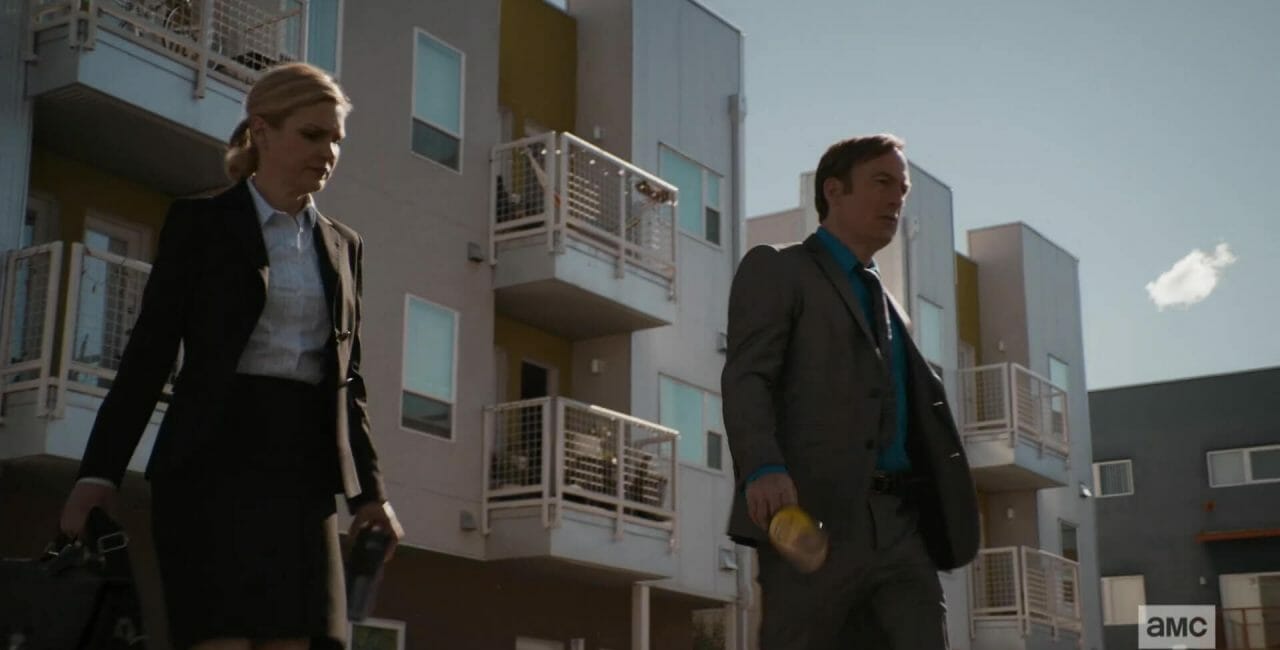 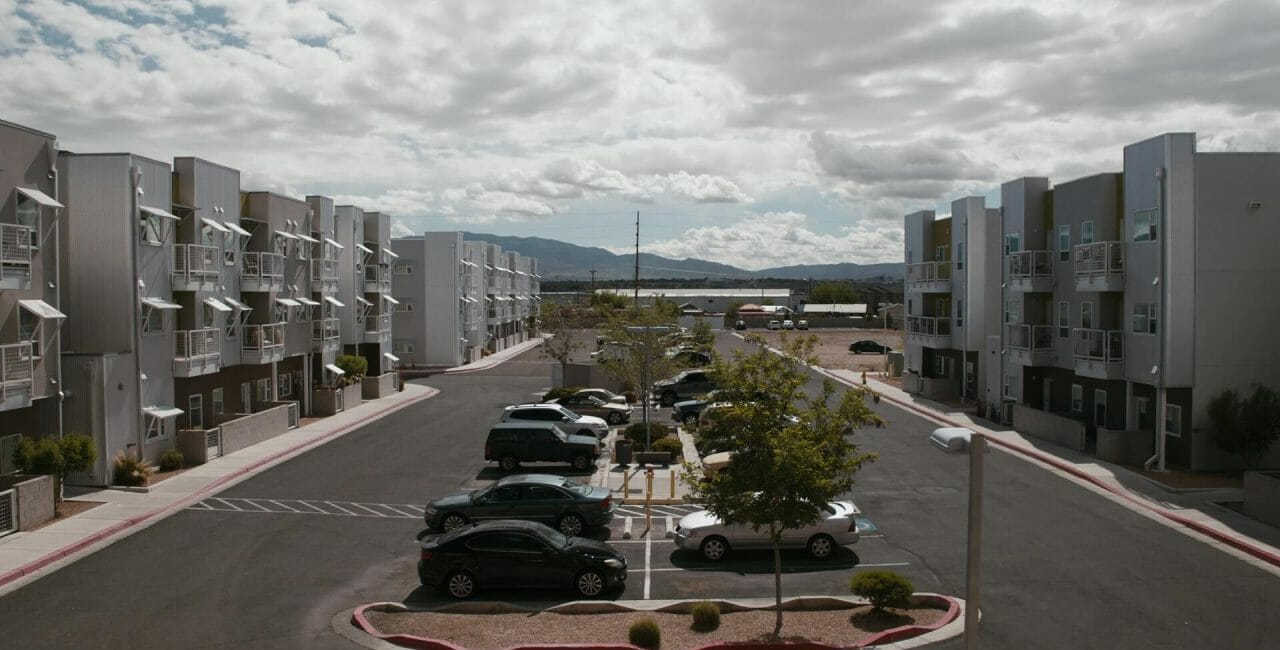 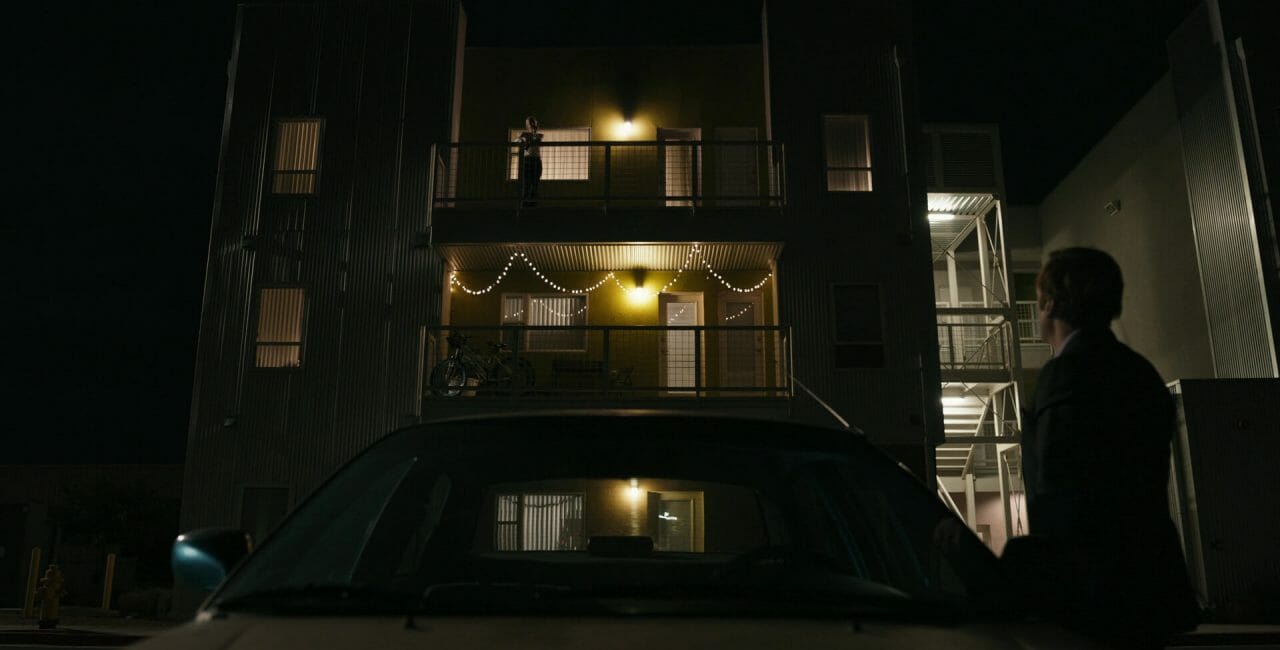 This residential area is home to several buildings, north of downtown Albuquerque, not far from the Coronada Freeway.

A residential complex bathed in sunshine, a little on the fringe of the city center, the Artisan Village experienced a brick resurgence in popularity following the filming of the series Better Call Saul. It is indeed here, at number 3, second floor, that Kim Wrexler and Jimmy McGill live in the last seasons of the show. The complex is located not far from the Old Town district.