Movie Jurassic Park Steven Spielberg (1993)
Welcome to the Dominican Republic! In Mano de Dios where a team found an amber containing a prehistoric mosquito. A valuable discovery that led to the creation of Jurassic Park, an amusement park that offers visitors the chance to see real dinosaurs. An important scene shot at the water's edge, on the island of Kaua'i in Hawaii.

After an exceptionally long pre-production period of two years and one month, the first shot was taken on the island of Kaua’i in Hawaii. Surprisingly, Steven Spielberg began shooting Jurassic Park while he was also working on Schindler’s List. Chosen for its extraordinary landscapes and designated as the heart of the action, Kaua’i was explored by the teams in charge of location scouting in order to host several sequences.

The site named in the film Mano de Dios, where the amber containing dinosaur blood is found, is located in a remote area, along the Kappa, a stream consisting of three waterfalls. It is at the Hoopii waterfall that the cameras film the arrival of the character played by Martin Ferrero, when he is about to see the precious find. The logistics of such a sequence are complicated due to the difficult accessibility of the location. Nevertheless, it is always easier for Steven Spielberg to film here rather than in the Dominican Republic where the sequence is supposed to take place.

The famous mosquito gorged with dinosaur blood is of course a pure find of the writer Michael Crichton, whose book served as a great basis for the film. Nevertheless, the researchers did not go far when an insect also full of blood was found in 2013. Unfortunately, the mosquito in question was only 46 million years old and therefore proved to be far too young to have crossed paths with the fascinating giants that once inhabited our planet.

The cry of the T-Rex is a mixture between that of the tiger, the alligator and the baby elephant. 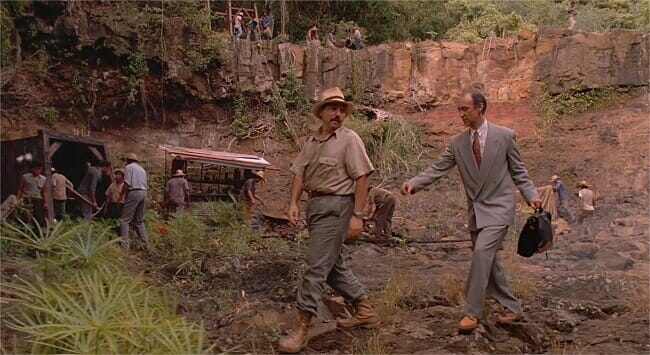 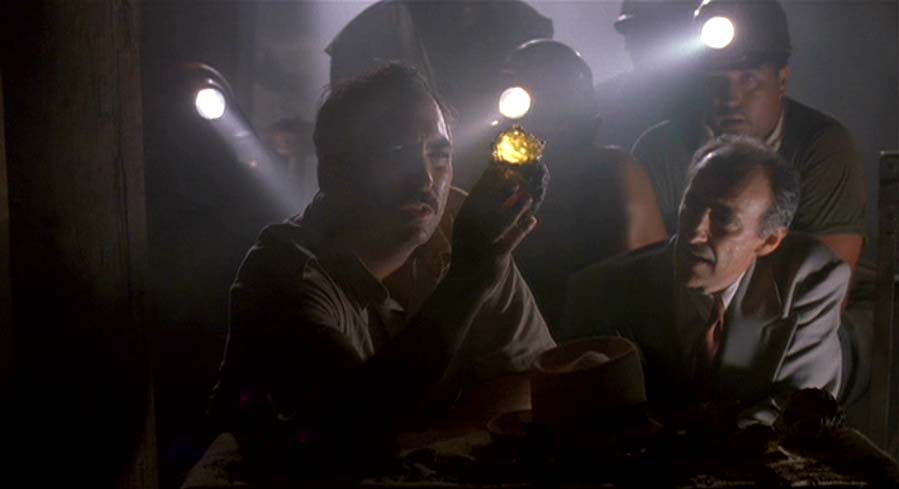 Composed of three waterfalls, on the Kappa stream, this natural site is located in the east of Kaua’i in Hawaii.

Popular with hikers, this trail crosses a particularly green region along a spectacular river. Full of cavities, the surroundings of Hoopii Falls are located on state-owned territory but border many private properties. Th... Learn more about Ho'opi'i Falls