Music Ramones (1976)
Although it may seem inconspicuous at first glance, Albert's Garden is a charming park that stands out as an oasis of calm in the heart of the Bowery. A green place where, one day in 1976, four marginalized people from Queens came to pose in front of a brick wall. The picture was later used to illustrate the Ramones' first album...

From the beginning, and despite their name change to give the image of a united brotherhood, the Ramones did not manage to establish an open camaraderie within their ranks. Very different from each other, dissipated and impatient, Joey, Johnny, Dee Dee and Tommy nevertheless managed to make their music heard to change the game and contribute greatly to the birth of punk. First beyond the confines of New York, across the country, and then across the oceans, where they were later received as spokesmen for a movement full of rage and fury.

However, it was with great reluctance that the four boys, who were not really in the mood, answered the call of the photographer Roberta Bayley. The latter had been commissioned by Punk magazine to do a photo shoot of the Ramones in the Albert’s Garden, a stone’s throw from the CBGB club, where the combo had given their very first four-piece concert. The previous one was held in a small committee on March 30, 1974, without Tommy, Joey being the drummer at the time.

While the basic idea was to use the concept of the Meet The Beatles cover, which the Ramones were all big fans of, the unwillingness of the musicians caused the photographer to simply line them up against the wall of the park. “getting the Ramones to pose was like pulling teeth They complained about everything“, recalled many years later in Joey’s brother Mickey Leigh’s book, I Slept With Joey Ramones, John Holmstrom, the co-founder of Punk magazine, who was there that day to oversee it all.

In order to give the photograph some unity, Joey, at 6.5 ft, is asked to stoop slightly while Tommy, at 5.45 ft, is asked to stand on his toes. The faces of the fake brothers reflect their deep contempt for this promotional exercise. But the magic works and the image becomes one of the most cult in pop-culture. A cliché often repeated, including by Alvin and the Chipmunks, which contributed to the fame of the Bowery, that enclave in lower Manhattan where so many bands, from Blondie to Talking Heads, made their thunderous debut.

And if today, the CBGB has closed its doors, the Albert’s Garden is still there. Built in the 1970s, it offers the opportunity to immerse yourself in the history of the Ramones, while posing in a perfecto, jeans and Converse. A privileged witness to the changes that have shaken this part of the island, this unwilling actor in the history of punk has now found a certain serenity. However, the calm is regularly broken by Ramones fans whose comings and goings keep the legend alive.

The recording of the Ramones’ first album took only four days. 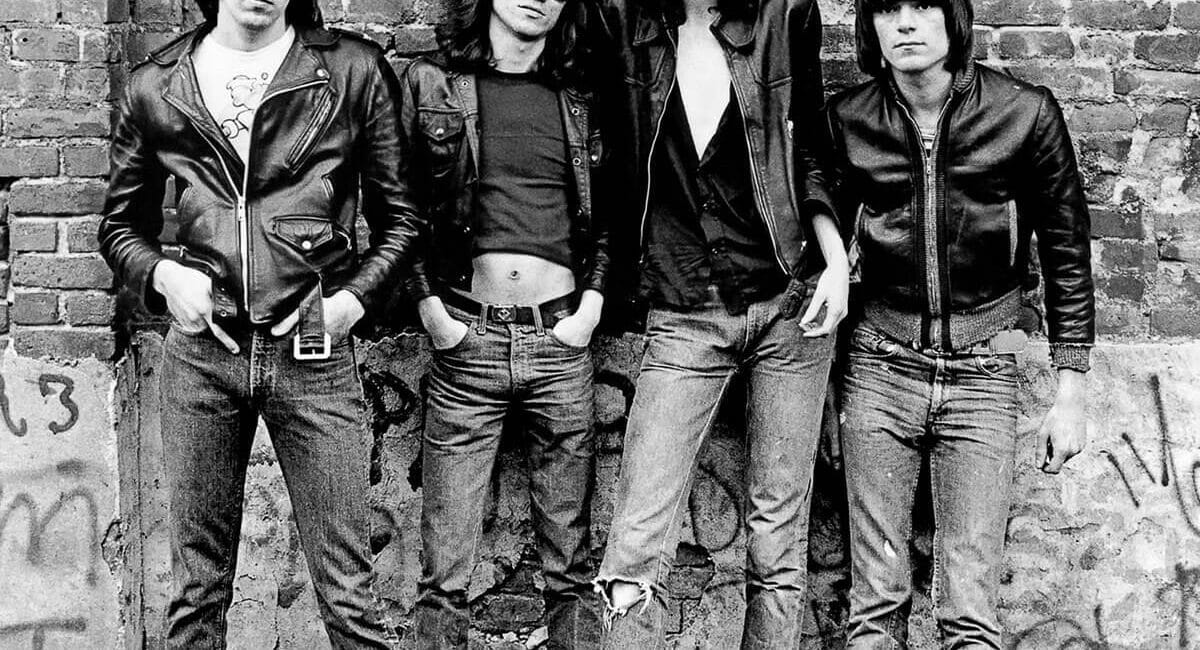 A small green enclave in the heart of Manhattan made famous by the Ramones, Albert’s Garden is the guarantor of a history full of noise and fury…

Inaugurated in 1970, this tiny square has grown over the years to become a place not to be missed. A true haven of peace, decorated with plants and flowers, arranged along small winding paths. The Albert’s Garden is open to visitors throughout the week, with many trees in which birds nest. It is also possible to admire a work of the street artist Roa and to attend various cultural events.

The Ramones’ first studio album is considered one of the cornerstones of punk music. A raw work, recorded very quickly, at the Plaza Studio in New York, under the leadership of producer Craig Leon, for the Sire Records label. Ignored at its release, it sold only 6000 copies during its first year. Time took care of making it an absolute classic.

Discover all the places Ramones on our map