Comics Gamma Draconis Benoist Simmat and Eldo Yoshimizu (2020)
Aiko Moriyama goes to the abbey of Ligugé to consult a manuscript of Christian magic in order to perfect her training in esotericism...

None of her fellow students at the Sorbonne suspect that Aiko Moriyama is secretly studying esotericism. Her cover as a student in the History of Religious Art allowed her to complete her training in occultism. Only his thesis supervisor is in the know. Moreover, the researcher arranges an interview with Maurice, the brother librarian of the abbey of Ligugé, in order to consult a manuscript of Christian magic.

After a TGV journey to Poitiers station, she put her bags down in the Maison Huysmans and then honoured her appointment with the monk in charge of the majestic library of one of the oldest abbeys in the Christian world, founded by Saint Martin of Tours in the 4th century A.D.

On the spot, Aiko meets up with Inspector Janne Pauwells. Together they enter the library run by Maurice. A privilege, because few women have been able to cross the threshold of this place of culture. The student climbs the stairs to the second level and can finally hold the famous Corpus Hermeticum in her hands. Connecting to the archive site, the clergyman is then sucked in and finds himself levitating…

Benoist Simmat did not choose the abbey of Ligugé as the setting for the beginning of the plot of Gamma Draconis by chance. This writer from Poitou knows the religious building very well, having visited it several times. The places are also bathed in mysticism and secrets, giving the story a heavy and mysterious atmosphere. Under Eldo Yoshimizu’s paintbrush, the interiors and exteriors of the buildings are very beautiful. The Japanese mangaka even came on site to document his illustrations with photographs and preparatory sketches.

In 361, Saint Martin of Tours founded the abbey of Ligugé, the oldest monastic establishment in the West still in activity. 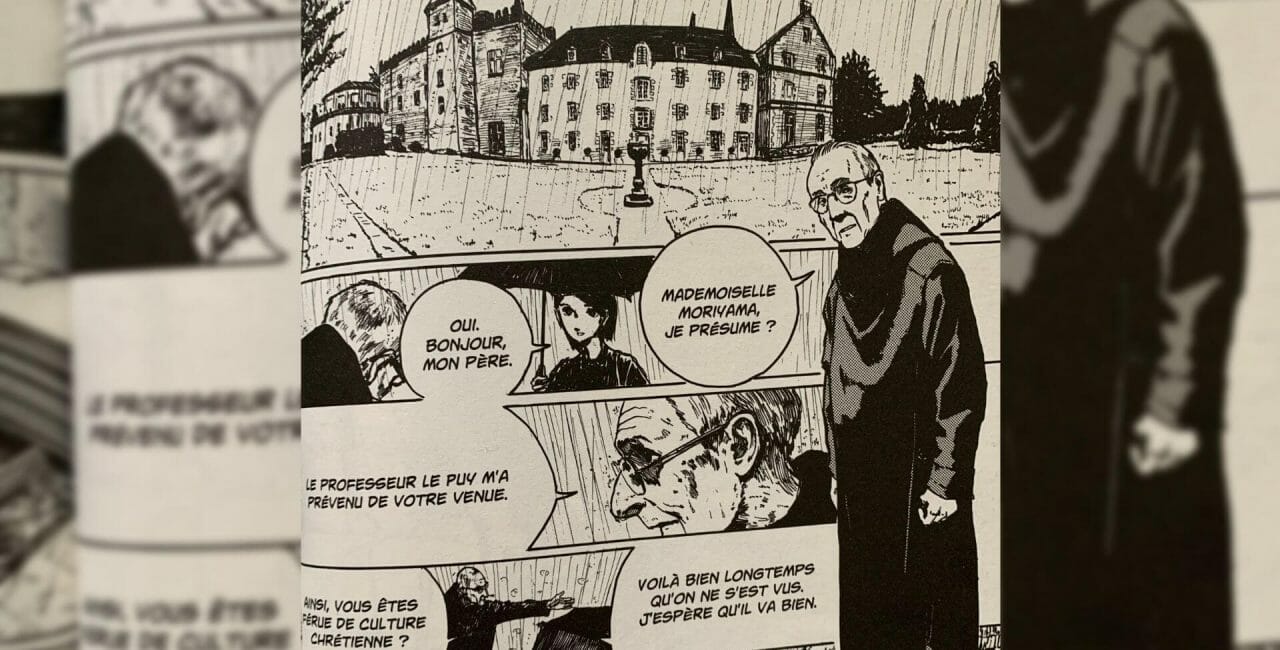 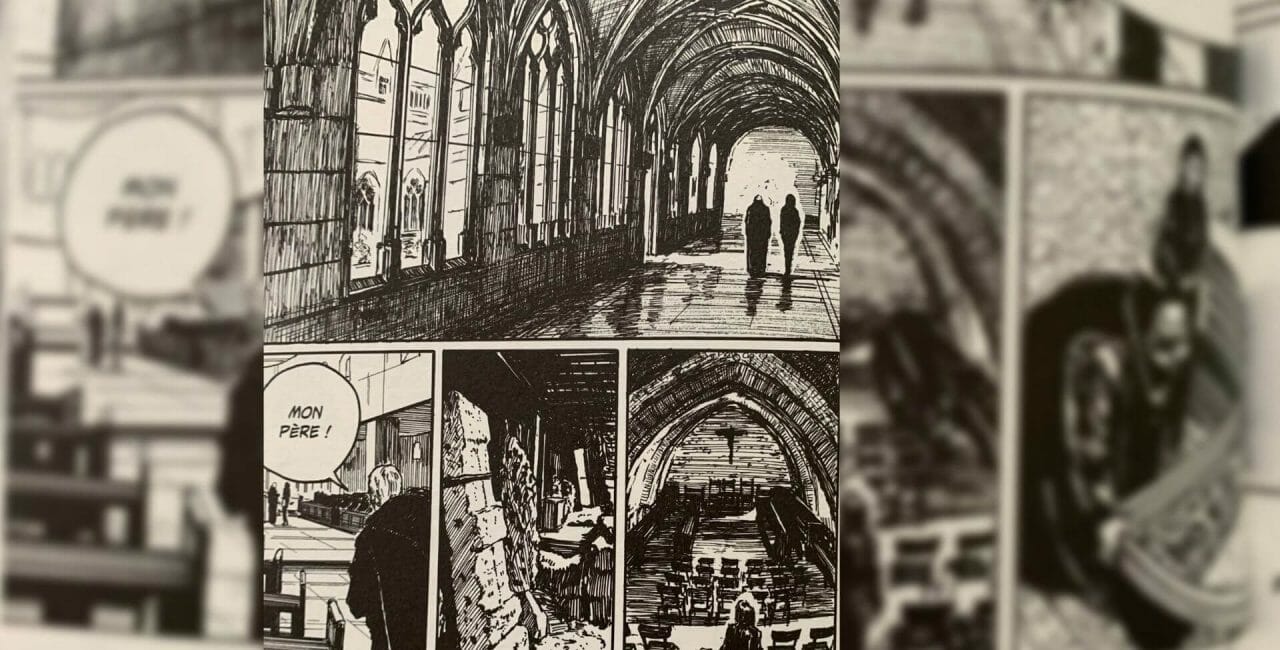 Founded by St. Martin of Tours in 361, the Saint-Martin Abbey of Ligugé, near Poitiers, is the oldest monastic establishment in the West still in activity.

This monastery follows the Benedictine rule and its building has been protected as a historical monument since 1846. The Saint-Martin Abbey of Ligugé was destroyed during the Hundred... Learn more about Saint-Martin Abbey

Aiko Moriyama studied religious art at the Sorbonne, but her research in occultism quickly led her down a dangerous path. When several experts around her come under attack from a mysterious entity rising from the depths of the web, she finds herself embroiled in a police investigation involving the sinister leader of an international organization. From London to Tokyo, between transhumanism and black magic, Aiko is determined to solve the enigma of Gamma Draconis and to discover how exactly her family is involved…

Discover all the places Gamma Draconis on our map