Music Physical Graffiti Led Zeppelin (album - 1975)
Pop culture has this power: to give a seemingly insignificant building a rustproof fame and at the same time make it part of history. Like Led Zeppelin with the buildings at 96 and 98 St Marks Place. Two fake twins in the East Village forever linked to the music of the British band...

On the front, a daytime photo of the famous buildings. On the back, the same buildings, at night. The packaging was designed so that the protective envelope of the vinyl discs reveals characters or objects in the windows of the apartments. A very playful approach reminiscent of the Velvet Underground’s famous banana album or the Rolling Stones’ Sticky Fingers and its operable zipper.

Quickly considered by fans and collectors as a real work of art, this cover in several times crystallizes in some way the essence of this artery. St. Marks Place had long been known as one of New York’s cultural hotspots. Not least thanks to the Five Spot Café, an establishment that has hosted such luminaries as Charles Mingus, Charlie Parker and Thelonious Monk on its stage. 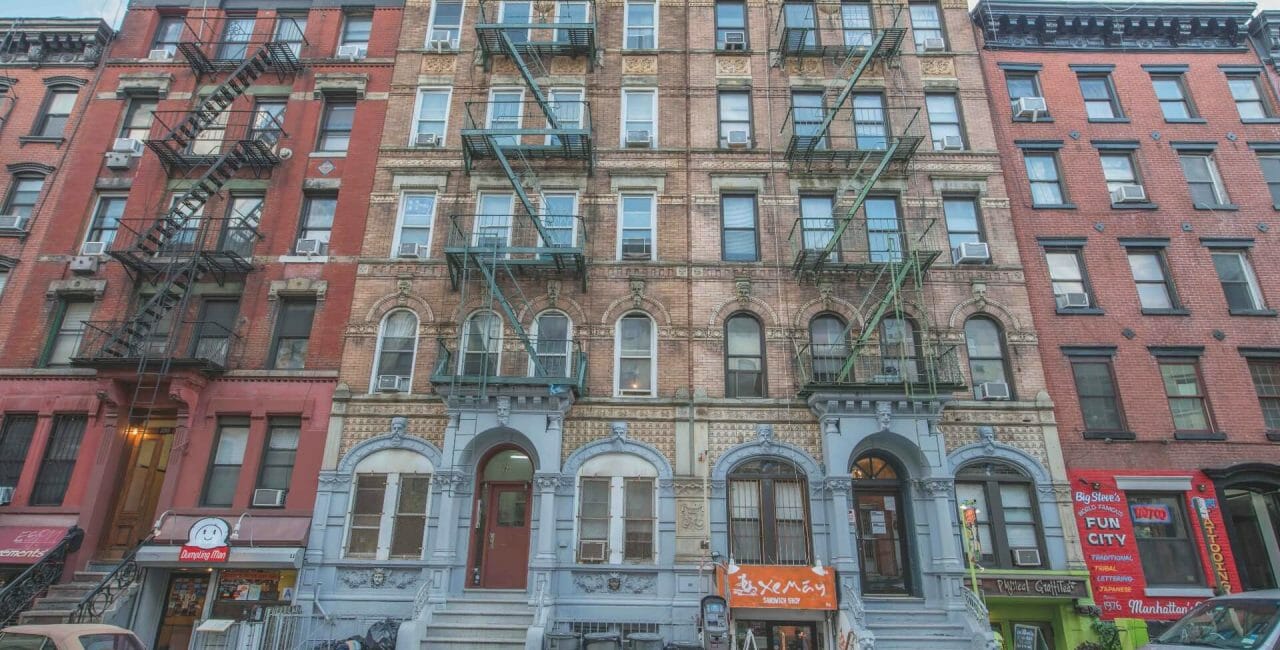 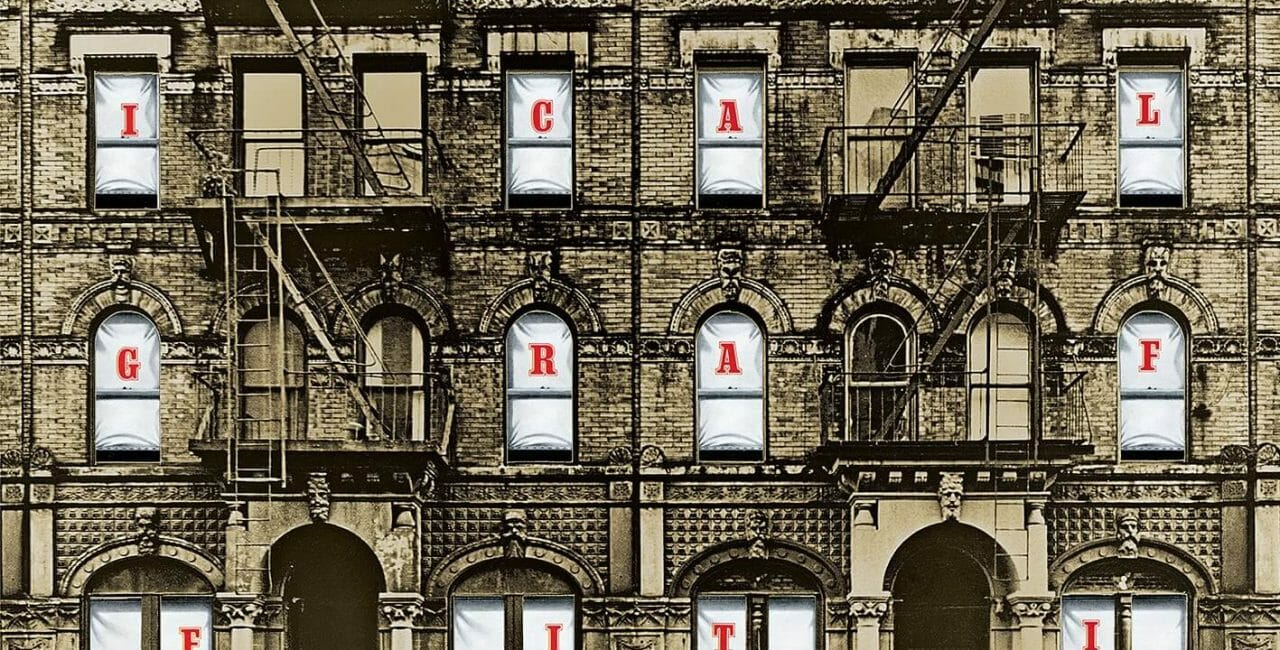 The Electric Circus, unfortunately closed since 1971, had also participated in the emancipation of the neighborhood by granting the favors of the Velvet Underground, Andy Warhol and his clique as well as Jimi Hendrix since the end of the 1960s. Not to mention The Late Show, the New York Dolls’ vintage clothing store, Sounds, one of the Ramones’ and Beastie Boys’ favorite record stores, and Lenny Bruce’s former home.

A real concentrate of rock and roll, committed literature, cinema and philosophy, in just over two kilometres. The Led Zeppelin buildings sort of close the gap, before the intersection with Avenue A and the entrance to Tompkins Square Park. Two buildings that photographer Peter Corriston chose because of their symmetry and their ability to fit the square format of the cover. And so much the worse if it was necessary to slightly truncate the upper part of the building.

Associated with the evocative power of the tracks present on the two albums, such as Houses of the Holy and Kashmir, this artwork also takes the form of a real note of intent. Two buildings visited in 1981 by the Rolling Stones during the filming of the video for Waiting on a Friend. Two monuments in the city, the mere mention of which conjures up as many legendary riffs, howls and other breaks.

Rolling Stone magazine placed Physical Graffiti at 70th position in the top 500 albums of all time.

Built in 1900, these two buildings in the East Village each have 20 apartments on 5 floors. The rent for a 41m2 apartment in this iconic New York building is $1,700.

Discover all the places Physical Graffiti on our map