TV show The Crown (2016)
Appointed Prime Minister of the United Kingdom, Margaret Thatcher (Gillian Anderson) and her husband move into 10 Downing Street in London. Of course, the filming of The Crown did not actually take place on location but within the walls of Hedsor House.

Already used for the filming of Downtown Abbey and Veep, Hedsor House welcomes the team of The Crown for the production of season 4. This is where the interior of 10 Downing Street, the office and home of Prime Minister Margaret Thatcher (Gillian Anderson) is recreated. Hedsor House, a magnificent Georgian mansion, somehow catapults itself into the middle of London, where serious decisions are being made by the Iron Lady.

If The Crown is one of the most expensive series produced by Netflix, Peter Morgan’s team has always tried to optimize its expenses. Several shooting locations were thus exploited to play the understudy of very diverse places. Hedsor House was used to reconstruct 10 Downing Street and some of the rooms in Balmoral Castle.

The truth is elsewhere

Popular for her role as Dana Scully in The X-Files, star of Sex Education, Gillian Anderson impressed audiences and critics with her performance as Margaret Thatcher in The Crown. She confided on the website of Madame Le Figaro: “She [Margaret Thatcher] was notorious for having bad teeth. And because she has such an overbite, I was just wanting to explore that. We were thinking about teeth prosthetics, and so we tried three or four different shapes, sizes. It became, ‘is that something that I can just do with my mouth, and how I hold my mouth?’ I actually found that, yes, that was enough. And that informed how I spoke. It was actually a gift to have made that choice, because that informed everything.“

The production of The Crown required two and a half years of research to be faithful to the history of the royal family. 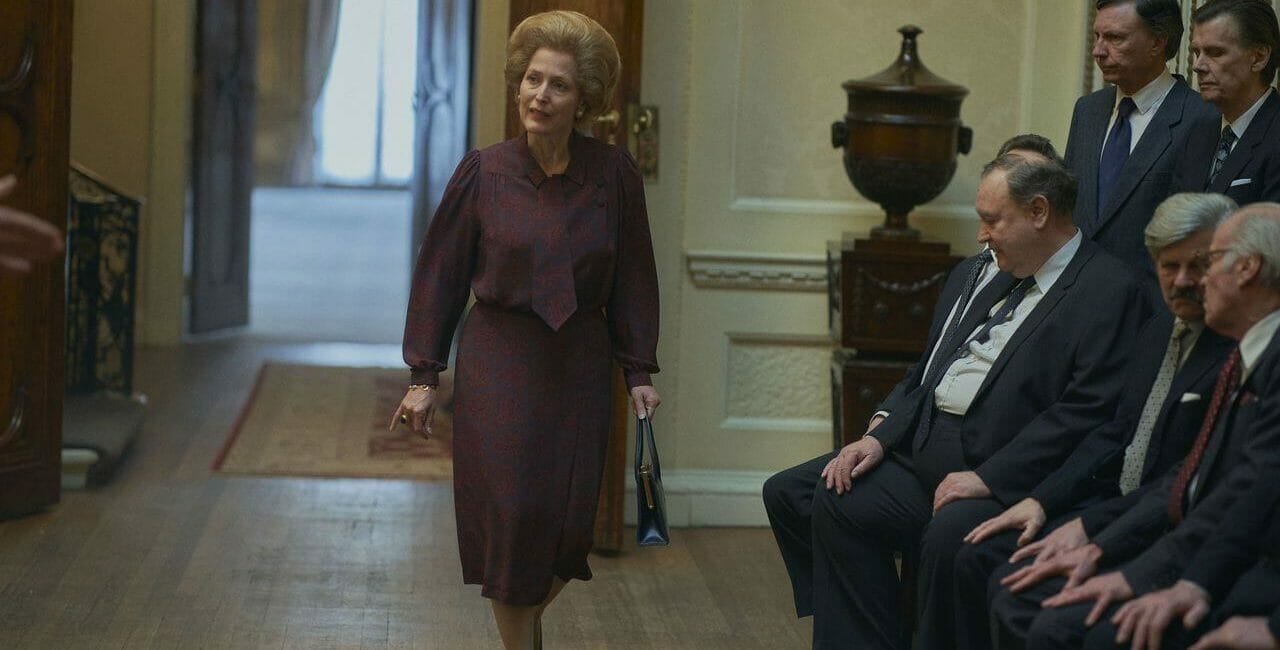 An Italian-style mansion in Buckinghamshire, Hedsor House overlooks the River Thames from its promontory.

Hedsor House was built in 1166. It became the home of Princess Augusta and very regularly receives crowned heads. Designed by Sir William Chamberts, an architect from Somerset House in London, it was later modified, notably following a fire in 1795. Frequented by Queen Victoria during her reign, Hedsor House also served as a base for US Air Force espionage during the Cold War. It now hosts filming and various events. Celebrities like Elton John, Jason Stahtam, Keira Knightley and the Beckham couple are among its regulars.