Warner Bros. Studios is one of the largest and most iconic movie complexes in the world. A true city within a city, at the heart of the Hollywood dream machine.

Built in 1926 for First National Pictures, the Burbank studios were acquired by Warner Bros. in 1928. Today, the complex has nearly 35 sets spread over 25 hectares. Many films and series have been shot there, such as Back to the Future, Blade Runner, The Dark Knight, Jurassic Park, Friends, ER and The Big Bang Theory. It is possible to visit the studios with the Warner Bros Studio Tour Hollywood program. Definitely a must for any stay in the city of angels. 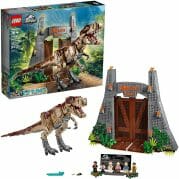