Inaugurated in 1917, this naval base is one of the main ones on the west coast of the United States. It is an integral part of Naval Base Coronado.

The naval base airfield has more than 230 aircraft while two aircraft carriers anchor in its waters, the USS Abraham Lincoln and the USS Theodore Roosevelt. The base also houses the Navy’s only deep submerged rescue vehicles. Considered the cradle of naval aviation, it plays a predominant role in the military strategy of the United States. She also shines in pop culture for having played a role in Tony Scott’s classic Top Gun. 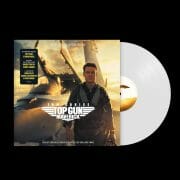 Listen to the iconic Top Gun soundtrack with this 12 track vinyl edition from the Top Gun Maverick movie.