A magnificent rock formation forming a stunning cove off Hanauma Bay, Halona Blowhole is one of the unsung gems of the Hawaiian archipelago.

Halona Blowhole takes its name from the geysers that high tide creates when water squeezes through rock cavities and comes out in powerful jets near the shore. Formed thousands of years ago when Oahu’s volcanoes were still active, the site was shaped by lava from the Koko Crater. Quickly noticed by film studios, the place has been exploited for the filming of films such as From here to Eternity, 50 First Dates and Jurassic World: Fallen Kingdom. 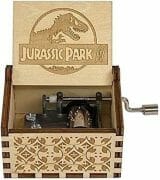